STEPHEN SPAZ SCHNEE: STONECHILD is just about to be released. How are you feeling about the album and the reaction you’ve had to it so far?
JESCA HOOP: I feel very connected to the songs on STONECHILD. I feel that I grew as a writer through this process and the songs are communicating from a clarified place. I feel that the songs were served and protected by John Parish in his approach to producing the album. He kept the arrangements simple. Outside of my trusted comrades in art, I am honestly hesitant to pay attention to the response.

SPAZ: The album is a collection of songs that inhabit many different moods. What influenced this set of recordings?
JESCA: I would say, I was shaking loose. A Stonechild is something one carries. It’s a secret. It’s a burden. In each song, I am letting something go. As a medium for communication by crafting these processes into song, I invite the listener to let go in kind. “Nothing one can go through, has not been shared by two”

SPAZ: Did you approach the writing and recording of STONECHILD differently than your previous albums?
JESCA:  I wrote it in three different locations; Manchester England, Occidental California and Austin Texas. I wrote the lion’s share of this album in bed. As a practice, I commenced upon writing from the moment I woke up. I drank the coffee in the bed and sat with my guitar in that soft place and wrote until I had to get up to eat.

SPAZ: Is there a lyrical theme that connects the songs on album?
JESCA: There are a few… Compassion is one. I address some dark human matters, and at the root of my exploration is a search to understand and to empathize. I am obsessed with religion and I willingly take part in the dissolution of patriarchy. My practice with each song is to turn something worn down into something beautiful. Connection is the purpose. My songs are not nice but they are kind.

SPAZ: Do your surroundings influence your songwriting? For example, will a cold day in Manchester send a song in a different direction than if you writing it in sunny California?  Or do you draw your inspiration from within?
JESCA: I see what is inside my head, no matter where I am. Putting myself in the way of beauty is very nurturing and can foster a healthy frame of mind. Interacting with the elements is a form of medicine… flora, fauna, air, oceans, rivers, mountains, trees, sunshine, rain, electrical storms… (I don’t like wind) … as a writer, I benefit from steeping myself in nature and interacting with the most basic elements. I also get a lot out of city travel. The more diverse the atmosphere the better. I love to be in the hustle and bustle of humans.

SPAZ: While the emotions are on full display on STONECHILD, the music is often minimalistic. Do you feel comfortable as an artist in revealing so much of yourself by focusing on voice and lyrics? Many artists seem to be part of the production but STONECHILD features Jesca front and center.
JESCA:  I’ve been moving away from pretty for a while now. I am willing to be vulnerable an unrefined. I am compelled and able to communicate explicitly therefore I see it as a responsibility.  So much of the treatment was a result of trust between myself and my producer John Parish. I came to him to be shaped in a sense and to hear myself through his ears. To my mind that trust was justified and the result is something raw and beautiful.

SPAZ: You worked with producer John Parish on the album. Why did you choose him for this project and was it intimidating to collaborate with someone that has been involved with so many high-profile projects over the years (i.e. PJ Harvey, Sparklehorse, Eels, Tracy Chapman, etc.)?
JESCA:  John is very welcoming and kind. He is conducive, constructive, synergistic and honest. He is also relaxed, delightful and efficient.  I can’t imagine him poised to intimidate. Of course, his catalogue of legendary works was not lost on me. My hope was that he would hold me to his standard. I believe he did so as there was much he did not let me get away with. I’m not sure I chose John, I think the stars aligned themselves to see our paths crossing.

SPAZ: You were as a nanny to Tom Waits’ children. Apart from his encouragement and support, what do you consider to be the most important thing you learned from your time working so closely with him?
JESCA: To locate the feeling within your body and sing from that place.

SPAZ: What’s next for Jesca Hoop?
JESCA:  Hard sayin’ not knowin’. The plan is to travel the world with these new tunes so I’m getting my band together and preparing myself (and my wardrobe) for a lot of travel. 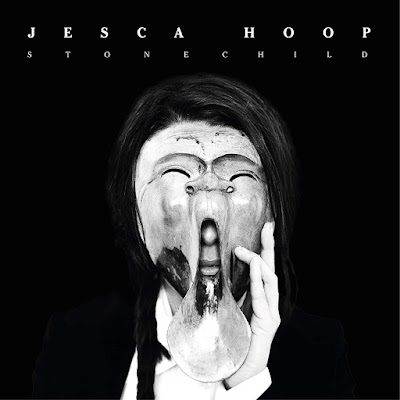