STEPHEN SPAZ SCHNEE: Now that HANDFULS OF NIGHT is released, how are you feeling about the project and the reaction to it so far?
ARTHUR JEFFES: I’m really happy with how its turned out. there are a few quite out-there ideas going in to the album and I’m a bit relieved that it seems to make sense to people if I’m honest. There’s a bunch of personal history here for me so it’s great that the idea is coming through – which doesn’t always happen especially with instrumental records…


SPAZ: HANDFULS OF NIGHT is filled with melody and emotion but one of the most important aspects of the album is atmosphere, which is more felt than heard. What inspired your approach to this set of recordings?
ARTHUR: It started with this idea of writing music to accompany an imaginary Antarctica populated by penguin characters that would have traits following the real species that live there. So, the album took shape in a fairly cinematic mind frame for us. The opening track felt like it should describe the geography almost and then we’d meet the characters and imagine their stories. We used cat-gut strings to get that slightly un-earthly feel which, to me, sounded like the wind and then the granular synthesis of the string and piano sounds gave us a very cool set of paints to work with all the way through the record.

SPAZ: There is so much emotion on the album. On one hand, there’s so many beautiful passages yet they can often suddenly become tension-filled and a little dangerous. Do the compositions often start as one thought or feeling and then transform throughout the process to get it recorded?
ARTHUR: Definitely. For instance, we had a lot of fun with this record with a couple of the themes from Beethoven’s ‘Emperor’ piano concerto (starting with the track ‘Emperor’ but then on other tracks, too). They turned into totally different animals depending on the mood you put them in to – and because we record, mix and compose basically at the same time this meant we could let that story-telling feel really take hold and guide our hands.

SPAZ: When you are composing the music, are you writing specifically for a certain set of instruments or do you make those decisions when you begin the arranging, rehearsing, and recording process?
ARTHUR: For this record, I was definitely wanting to do more with the idea from our last album of trying to get the real instruments to sound like electronic textures – to make a record that feels real and solid but also has that range of textures and feel that you get from playing with crazy new software and little black analog boxes from the ‘70s. So, I was basing the tracks on strings, piano and percussion to start with and then working up from there. 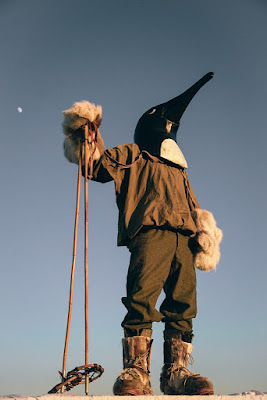 SPAZ: Speaking of the recording process, were these tracks taped live in the studio? And did you end up recording more material that didn’t make the album?
ARTHUR: Yes, these were all recorded here at the Penguin Cafe studio in London – though the editing/re-writing process with me on the laptop with headphones took place over many months on sofas all over the place. Our way of recording does, of course, mean that we record things that don’t get used but it’s not as wasteful as you might think because we can chop up takes down to individual notes and beats and then build a layer that then gets recorded again and laid on top. Often, we’ve left in little parts of the original takes to build up the sound in a gently to something bigger than you’d get by just one perfect take.

SPAZ: The songs on HANDFULS OF NIGHT operate on a different plateau than a motion picture score in the way that they tell a musical ‘story’ without visuals. However, the listeners often interpret the music in a completely different way than what the composer intended. Does that frustrate you or do you feel that music should always be open to interpretation?
ARTHUR: I think one of the great things about my dad’s music, and a thing we definitely aspire to now, is that complete scope to interpret it however you want. He put lots of emotion and beauty in to the pieces but without lyrics or super-traditional arrangements there’s no ‘right’ way to hear the music. So no, I don’t find it frustrating at all if someone hears a sad piece when I thought it was hopeful or anything like that. An audience will always bring their own ideas to a piece of music or art and that way things will hopefully stay fresh…

SPAZ: In 2005, you were asked by the BBC to join an expedition re-creating Robert Falcon Scott’s last Antarctic trip in 1911. What was that experience like? And as a composer, were you constantly being inspired throughout the trip?
ARTHUR: It was an extraordinary trip – we spent three months on the ice-cap at 10,000 feet with 1911 kit. I lost 25kg and got frostbite on my nose. It was absolutely an inspiring experience as a composer – not least in that I decided to go back to university to get my Masters in composition and become a ‘composer’ out on the ice. There were so many days looking out across completely empty white expanse, and if the wind was down and the sun was out, it was actually perfectly warm and silent in a way I’ve not experienced anywhere before or since. And in that silence, I was endlessly playing back music in my head and after a while I’d swear I could hear it – and then found that I could write tunes and almost remember them ‘til we set up camp. The sun wouldn’t ever go below the horizon and on some days, you’d see three suns because of whatever the atmospheric conditions were throwing up – and in my memory a lot of it has a very dream-like vibe. It was a great lesson as well that emptiness and boredom are great places to find artistic ideas.

SPAZ: Penguin Café is not necessarily a continuation of your father’s (Simon Jeffes) musical outfit, Penguin Café Orchestra yet it isn’t a radical departure either. For those that are familiar with your father’s work, what do you consider the main differences and similarities between the two musical projects?
ARTHUR: I think that’s true – it’s not quite one or the other in terms of how we’ve ended up. I’d say my approach often starts out a bit more cinematic where my dad was probably more elegant and playful. I try to keep a cheerfully optimistic view on our differences and because we’re always playing my dad’s stuff live, I think we can keep close enough to the original source not to get too far away from the Penguin Cafe aesthetic. We’ve definitely dropped a bunch of my new pieces over the years because while they were fine in themselves they felt like uneasy bedfellows in some fundamental way. The musical landscape and approach my dad created allows us to carry on exploring without either repeating past ideas or getting so far off track that we lose the link.

SPAZ:  What is next for Arthur Jeffes and Penguin Café?
ARTHUR: This year and next we’re looking at lots (for us) of touring the UK, Europe and Japan – and then wider later in the year as things take shape. We did some collaborations a few years ago between albums and we’re going to get back into that hopefully. We’ve been working with some lovely astrophysicists who work with Gravitational Waves on the team that won the Nobel and Breakthrough prizes. There are some amazing sounds coming out of these projects and its great fun turning those in to music that tells the story of the science and the adventures.

SPAZ: What are you currently spinning on your CD/record player?
ARTHUR: Today, it’s been Alfred Brendel doing Beethoven, and before that, MOSAIC by Throwing Snow. 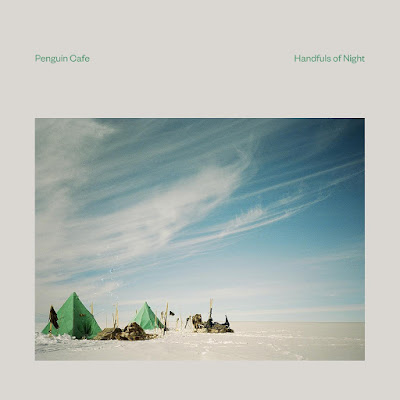