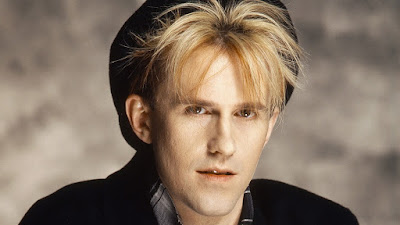 While he  achieved a lot of chart success early in his career (1983 to 1989) and still tours and releases new music, Howard  Jones’ musical legacy has been somewhat overlooked since his heyday. While he certainly hasn’t been forgotten, he has become increasingly difficult to categorize… which is both a good and bad thing. He’s been labelled a Synthpop artist, a teen idol, a New Waver and an Electropop pioneer while also being  lumped into the Adult Alternative category. Some have even pointed out his Jazz-influenced  chord progressions and R&B leanings. In all honesty, Howard Jones is all of this and more.  And thankfully, Cherry  Red has just released the three CD BEST 1983-2017, which really  showcases Howard’s many talents. A set this comprehensive reminds the listener  that Howard Jones is much more than an “’80s relic”. He was never a one-trick  pony and this release backs that statement up.
END_OF_DOCUMENT_TOKEN_TO_BE_REPLACED