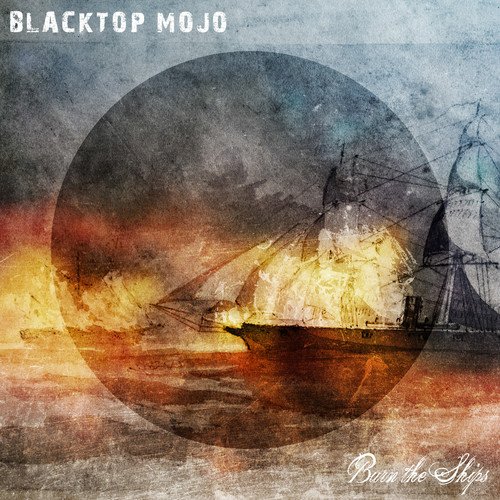 Palestine, TX-based hard rock band Blacktop Mojo returns with their sophomore album BURN THE SHIPS. This blistering potpourri of power was recorded at Sound Emporium Studios in Nashville, TN, FAME Studios in Muscle Shoals, AL, and Audioworx Studios in Palestine, TX. Blacktop Mojo’s blend of Metal, Southern Rock, Hard Rock and Grunge ensures that they will appeal to heavy music lovers across the board.
The band was formed in September 2012 by lead vocalist Matt James and drummer Nathan Gillis. Along the way, they recruited lead guitarist Ryan Kiefer, rhythm guitarist Kenneth Irwin and bassist Matt Curtis. The power this quintet exudes is matched by their songwriting skills – riffs, melodies and headbanging rhythms galore.

The band’s versatility can be explained by drummer Nathan Gillis: “The thing that makes us different from a lot of bands today is that ALL of us write the songs. My best five songs have to beat out Matt’s five songs. Matt’s best five have to beat out Ryan’s best, and so on. The thing that I also love about this band is that we can all sit in a room and write songs TOGETHER as well.”
Originals aside, there is a blistering cover of Aerosmith’s classic “Dream On” featured on this platter and it is gaining the band a lot of attention.
There’s a quote floating around on the interwebs that states “If Soundgarden and Lynyrd Skynyrd were to take a roll in the hay, nine months later, out would pop Blacktop Mojo” and we couldn’t agree more!

Blacktop Mojo’s five-year journey to BURN THE SHIPS is only the beginning. Watch this space! 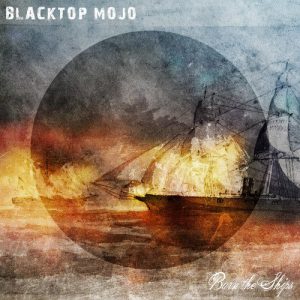