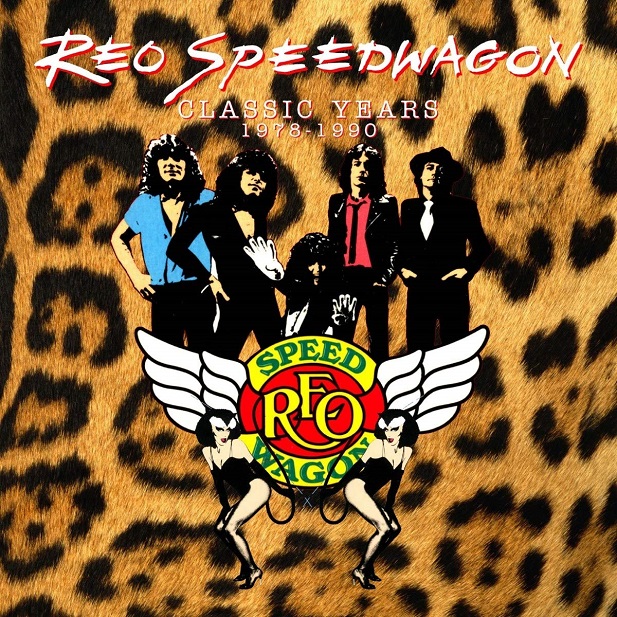 Back in when I was a teenager, I thought I knew the difference between good and bad music. In my twisted late ‘70s teenage way of thinking, I thought that bands with skinny ties and Rickenbackers were the good guys and bands with moustaches and mullets were messengers of the devil. Yeah, like any 14 or 15 year old, I thought I had a clue. It wasn’t until I was 18 that I realized that I had been wrong about a lot of things – especially music. And since 1981, I’ve tried to make up for my discretions by choosing to search for the lost chord, investigating new artists and styles while revisiting the bands I once scoffed at.  For example, I once thought that AOR (AKA Stadium Rock and/or Melodic Rock) was predictable and repetitious. I thought it was simply rock-by-numbers and that none of those bands could write an original song or riff to save their lives. But then, I took a hard look at the New Wave and Power Pop that I was listening to and realized that many of my favorite bands were at least partially guilty of the same thing. And then I looked at Country, Jazz, Folk and every other genre and was overwhelmed by the fact that what I had initially heard as derivative was actually just updating and carrying the music forward for a new generation. And with that breakthrough in my thought process, I was able to enjoy – and often love – bands like Journey, Foreigner, Survivor and REO Speedwagon. But don’t get me wrong – I’m still fully devoted to the Power Pop and New Wave I’ve loved since 1977. I just like to think that my tastes are much more varied than the casual music fan. OK, I’ll admit it – I’m a ‘music nerd’. Whatever that is…

Now, nearly 40 years on, I still enjoy AOR immensely – especially the bands that embrace melodic songwriting over image and endless guitar noodling. While Journey is the ultimate AOR band, high up on that list is Champaign, Illinois’ very own REO Speedwagon. Fronted by vocalist Kevin Cronin, REO didn’t follow any Rock ‘n’ Roll blueprint – they worked hard at cultivating their own sound. Formed in 1967, the band’s formative years can be heard on Cherry Red Records’  nine CD box set EARLY YEARS 1971-77. However, the band’s commercial fortunes changed in 1978 with YOU CAN TUNE A PIANO, BUT YOU CAN’T TUNA FISH. That album is the first album featured on the second nine CD Cherry Red box set THE CLASSIC YEARS: 1978-1990. For the very casual fan, perhaps a ‘Best Of’ collection would suffice but for REO fans and AOR aficionados, this box set is an amazing dive into the band’s most successful years. Not only does this set feature the previously mentioned …TUNA FISH album, it also contains the albums NINE LIVES (1979), HI INFIDELITY (1980), GOOD TROUBLE (1982), WHEELS ARE TURNIN’ (1984), LIFE AS WE KNOW IT (1987), and THE EARTH, A SMALL MAN, HIS DOG AND A CHICKEN (1990) plus a bonus CD containing live tracks recorded between 1980 and 1990. To top all of that off, almost every CD contains bonus tracks including single edits, demos, live tracks, and rarities. THE CLASSIC YEARS is an embarrassment of riches by a band that deserves a total reappraisal of their career. I recommend that you start here…

REO Speedwagon’s secret weapon was the musical tension between Cronin’s Pop leanings (the man could write a hook!) and guitarist Gary Richrath’s harder edged approach to writing and playing. On the surface, it is hard to pinpoint the band’s influences. They certainly weren’t trying to be the new Led Zeppelin or Beatles nor did they fall anywhere in between. It is easier to spot a Jerry Lee Lewis influence before anything resembling those two Rock giants. On the other hand, by the time these albums were recorded, they had worked out all the kinks and had their own thing going on. And what was their own thing? REO was and is definitely a Rock ‘n’ Roll band with an accent on Pop but you’ll also find Hard Rock, Country, Folk, and Soul in the mix. Regardless of their influences, REO always sounded like they were having a good time making music. Theirs is a catalog free of pretentiousness and full of melodic hooks. Give some of these songs to Fountains Of Wayne or The Knack and Power Pop fans would be in heaven.

All the hits are here: “Keep On Loving You,” “Roll With The Changes,” “Can’t Fight This Feeling,” “Time For Me To Fly,” “Take It On The Run,” “One Lonely Night,” “That Ain’t Love,” and many more. The real meat in this box is the deep album cuts that show off different sides to REO. From FM radio favorites like “Shakin’ It Loose” to lost Pop nuggets like “I Need You Tonight” (which could have been a Bangles track!), there’s so much to rediscover in this set. Richrath’s guitar playing was always emotionally charged – every note he played meant something. His leads should be studied – he was one of the few Hard Rock guitarists that rarely over-played. And vocalist Cronin possesses a voice that can attack a Hard Rock song and lovingly embrace a ballad. And with a perpetually cheery outlook (at least in public), he most certainly can teach the new rockers a thing or two about tunes and attitude. And let’s not forget all the other great REO members, each of them integral to the band’s albums contained in this set: Neal Doughty (keyboards), Bruce Hall (bass),  Alan Gratzer (drums),  Dave Amato (guitar) and Bryan Hitt (drums). 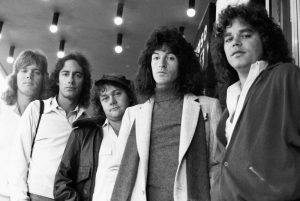 While albums like NINE LIVES and GOOD TROUBLE were not as successful as the albums on either side of them, that is not because they lack good songs. Perhaps it was all about timing and there were plenty of like-minded bands occupying the charts at the time. Whatever the case, they certainly need some extra love and attention. THE CLASSIC YEARS contains songs that are stone-cold FM and AM radio classics and much more worthwhile music. I’m glad I learned the error of my close-minded ways nearly 40 years ago because I have been enjoying REO as much as all the bands that are seemingly ‘cooler’ to like. But I don’t mind if people think I’m terminally unhip… because I get to listen to all the good music!