JAY BECKENSTEIN: I have felt great about this record since the days when we first started rehearsing it. The band responded to the challenge of doing alternative covers, really, I think quite brilliantly, and I’m really proud of this record. Reactions have been excellent. I think that people really responded to us doing some material other than ours. I also think that they responded to how much we changed the material and how the material was inspiration for more creativity.


SPAZ: What inspired this project, which finds you reinterpreting classic Rock-oriented songs released during the original pre-CD vinyl era?
JAY: Every musician is an amalgam of the music that you grow up with. Each one of us in the band is a blend of music that was important to us when we were young and that was the age of vinyl.

SPAZ: While VINYL TAP is being called a covers album, these recordings are much more than just cover versions.  In a sense, you’ve taken these familiar songs and given them a new life. Do you enjoy the challenge of creating a fresh way to listen to songs/melodies that have become classics over the years?
JAY: There’s no doubt that it was an awful lot of taking what was originally brilliant material and then doing our thing with it. It was very important to us during the process that we weren’t simply restating the original material or restating the original intent of the writers. We just wanted to take these wonderful pieces of music and use them as launching platforms for stamping our own identity on them. 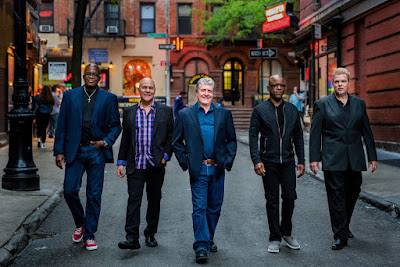 SPAZ: The song selection is inspired. While some of the tracks seem like perfect choices (The Doobie Brothers’ “What A Fool Believes,” War’s “The Cisco Kid”), there are some surprises like Squeeze’s “Tempted” and The Beatles’ “You’ve Got To Hide Your Love Away.” Were you eager to approach songs that might seem unexpected to listeners or were you just choosing songs that you all loved?
JAY: I think it was more the latter. We were choosing songs that we loved but, speaking for myself, I was looking for songs that had high melodic content. Because I was going to have to become the “vocalist” for these songs and replace what was originally, for example, Michael McDonald. So, I was really looking for material where the saxophone melody could be forceful and do a good job of replacing the original vocal intent.

SPAZ: When you first started putting together a list of songs that you wanted to cover, how many songs were on the first draft of that list?  And were there more tracks recorded at these sessions that didn’t make the album?
JAY: There were a couple songs recorded that didn’t make the album. Part of the reason for that was our intention to put this out on vinyl in addition to other contemporary formats. That limited, to some extent, the time that we had. It gave us the feeling that we had to distill the record down to the amount of tracks that are on it. Again, speaking for myself, because these tunes were brought in by everybody in the band and I might be responsible for half the choices. With me, my list was about 20 songs and I wound up coming up with four or five of the songs from listening to music in my car by myself.

SPAZ: Do you feel that VINYL TAP is a Jazz album for Rock fans or a Rock album for Jazz fans? Or perhaps a little of both? Or do you like to think of it as something different entirely?
JAY: My goodness, I think we’ve come to the point with Spyro Gyra where we fit into no category at all. I’ve grown somewhat fatigued by trying to determine whether it’s Jazz, or Pop Jazz, or Contemporary Jazz, Smooth Jazz, et cetera, because we’re all of those things. I’ll add Latin jazz and World Music to that as well. Whether it’s Rock for Jazz people or Jazz for Rock people, I think it’s Spyro Gyra for everybody.

SPAZ: “Secret Agent Mash” brilliantly combines “Secret Agent Man” with “Alfie’s Theme”. Where did the idea come to combine those two songs, which a lot of people wouldn’t normally associate with each other?
JAY: “Secret Agent Man” came on its own to rehearsal. But the portion of that mashup that is “Alfie‘s Theme” happened at rehearsal. It was just a common thing that the Tom and I had in our head from listening to Sonny Rollins. We threw it in there as a as a curveball.

SPAZ: There are many great tracks to choose from, but which one would you recommend to a new listener as the perfect ‘gateway’ song to the album?
JAY: That’s a tough question. My question, my first reaction, is who is the listener? It would be different for every listener because, as usual, the record’s pretty eclectic in its approach. I love “Secret Agent Mash” as a “Here take this, this is quirky”. I kind of like that as an introduction because it would never be expected from anything that I know right now. I guess “Secret Agent Mash” which is why it leads the record.

SPAZ: In regards to the recording process, how much of what made VINYL TAP is improvised and how much did you work out beforehand? Rock seems more structured while Jazz joyfully ignores boundaries so this seems to be where the two meet and have coffee.
JAY: (laughs) VINYL TAP is very much a combination of both because we wanted to change things up. We work very hard on arrangements. The arrangements of the songs were quite structured but of course all the blowing is completely improvised. We never write anything down, we just set up signposts and play.

SPAZ: The album is called VINYL TAP for a reason. Are you happy to see that it will be released on vinyl? And overall, what is your format of choice when listening to music?
JAY: I’m afraid I’m like everybody else in that I had tend to listen to music on Spotify and other streaming services on my phone and from my tablet and in my car. But I loved the days of vinyl and, with the right turntable, nothing sounds like it. But it’s also just fantastic to hold it in your hand and have the full piece of artwork in front of you. Those were grand days of music and so I’m delighted to put it out on vinyl. 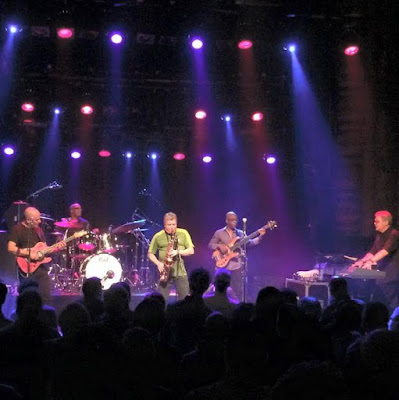 SPAZ: Who is in the current SPYRO GYRA line-up and played on VINYL TAP?
JAY: The lineup is Tom Schuman on keys, Julio Fernandez on guitar, Scott Ambush on bass, Lionel Cordew on drums and me on sax. We’re joined here and there on VINYL TAP by some friends on a few cuts.

SPAZ: What is next for Spyro Gyra?
JAY: I don’t know. Go on the road and play this music for the fans. We’re going to make another record, maybe next year. The last few records have all sort of had a guidance theme. The Rhinebeck Sessions were very much about improvising in the studio. Before that, we were trying to do a record that had a World Music vibe to it. VINYL TAP is obviously different from anything that we’ve done before. I don’t know if we really picked a theme for the next record. Perhaps the best thing to do next is to not have a theme, because the last decade has been about that. We’ll just all go into writing and write what we feel and hopefully a direction emerges. That’s all I got now.

SPAZ: What are you currently spinning on your CD/record players?
JAY: I’ve been listening to a lot of Salsa lately. I love listening to Salsa in my car. It makes me feel like I’m partying. I’ve been delving into old Cuban Salsa and also listening to a lot of Eddie Palmieri lately, who I think is just awesome. Prior to that, because streaming music is so easy to do this with, I spent a week listening to nothing but Hip-Hop that was suggested by my youngest daughter. That was fun, too. I wish I could give you the names but they don’t sink into my head so much. Those are the two latest things I’ve been listening to. I guess I’m getting my head ready for thinking about what direction the next record could be.

Thanks to Jay Beckenstein
Special thanks to Larry Germack, Clint Weiler, and Dave Rayburn 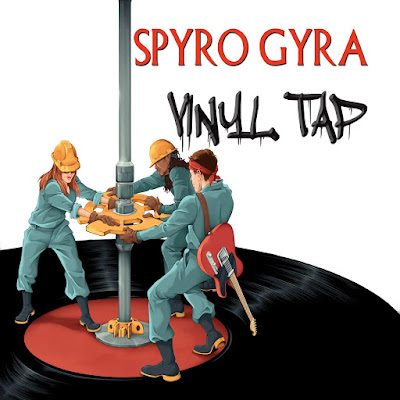