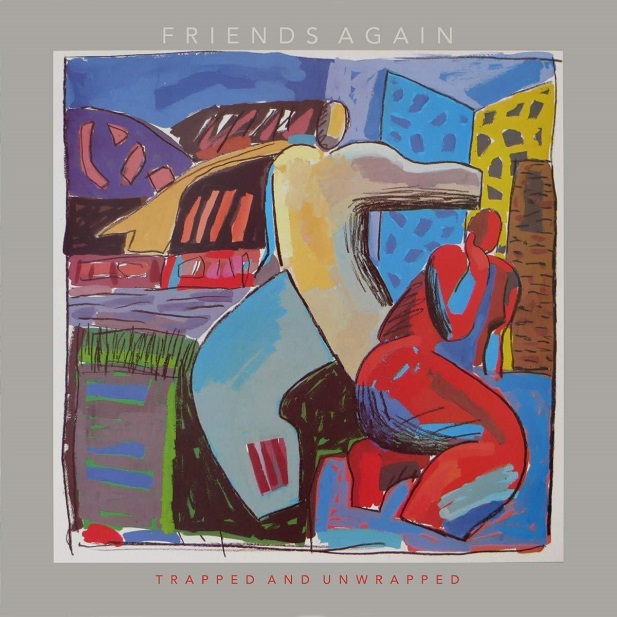 The Scottish Rock/Pop music scene has always been ripe with talent. In fact, there have been so many great Scottish artists/bands, it would be impossible to list them all. From Pilot, The Sensational Alex Harvey Band, and Bay City Rollers to BMX Bandits, Belle & Sebastian, and The Orchids, the Rock, Pop and Indie Charts have been filled with acts that understood the mechanics of Pop music and how to create art from inspiration. In the late ‘70s and early ‘80s, Scotland gave birth to many great bands that didn’t bother the U.S. charts all that much but are highly regarded today: The Bluebells, Aztec Camera, Lloyd Cole & The Commotions, Endgames, Altered Images, and Orange Juice. One band that certainly deserves to be added to that list is Friends Again.


Friends Again was a quintet featuring vocalist/guitarist Chris Thomson, keyboardist Paul McGeechan, guitarist James Grant, bassist Neil Cunningham, and drummer Stuart Kerr. With Thomson’s scratchy vocals up front, the band played an engaging mix of Pop, Soul, Folk, Funk, and Rock. On the surface, Friends Again may have appeared to be a slick Pop band but it was obvious there was something darker churning under the surface. Thompson’s delivery was electric, often inserting intelligent, thought-provoking word-play into the band’s seemingly innocent Pop symphonies. With a few 1983 EPs in their back pocket, the band released their debut album, TRAPPED AND UNWRAPPED, in 1984. Unfortunately, the band had already split up by the time the album was released, which understandably killed its chances for commercial success. Without a band to support the release of the album, TRAPPED AND UNWRAPPED wasn’t even released in the U.S.

Thirty-five years after the album’s original release, TRAPPED AND UNWRAPPED has finally been given the Deluxe Edition treatment it truly deserves thanks to Cherry Red Records. Not only does it contain the album, it also features the early single versions, B-sides, 12” remixes, and demos of previously unreleased songs. In short, nearly everything the band recorded. While the album had been reissued on CD before, this edition more than doubles the material previously available digitally. And it is all magnificent. 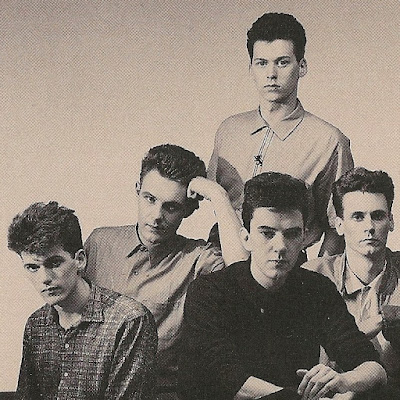 Friends Again was a perfect blend of the Soul-influenced latter-period Orange Juice, the melodic smarts of The Bluebells, the dour intelligence of Lloyd Cole & The Commotions, and the sophistication of Aztec Camera. They were more than an average Pop band. In turn, that makes TRAPPED AND UNWRAPPED more than just your average Pop album. It is sweet, soulful, melodic, and dangerous. With shimmering keyboards, chiming guitars, and angelic hooks, the album plays it safe but always feels like it is about to go off the rails… in the best way possible. This is a Pop platter with the heart of Post-Punk attitude. With production by Bob Sargeant, Bobby Henry, Jon Turner, Tom Verlaine (yes, THE Tom Verlaine), and the band members themselves, this is an album that was commercial but doesn’t drown the band’s personality in a sea of gloss and glitter. “State Of Art” is one of the ‘80s finest singles and still sounds fresh over three decades later. Songs like “Sunkissed”, “Lucky Star” and “Lullaby No. 2” may be Pop gems but they certainly don’t hide their Funk/Soul influences. “Vaguely Yours”, “Swallows In The Rain”, “Honey At The Core”, and “South Of Love” are delicious examples of the band’s unique approach to Pure Pop. “Bird Of Paradise” is a proud Country/Folk influenced stomper. The unreleased demos reveal a band that still had plenty of musical roads to explore before their sudden split. OK, so this does sound very ‘80s in some parts but Friends Again created magic and we are lucky that we can experience it all again on this two disc release.

Epilogue: Thomson would go on to form The Bathers and Bloomsday while Grant, Kerr and McGeechan formed Love & Money. 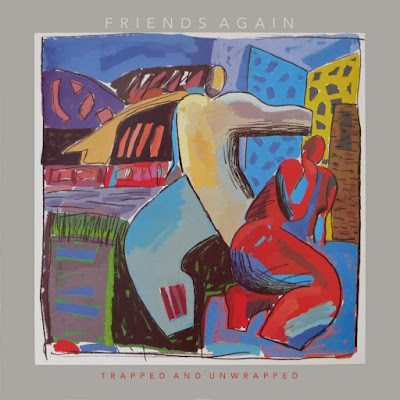