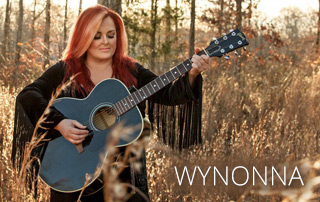 Believe it or not, it has been 37 years since Country Music duo The Judds first entered the charts with their debut single “Had A Dream (For The Heart)” (a cover of a 1976 track by Elvis Presley). However, it was 1984’s #1 single “Mama He’s Crazy” that sent their career into the stratosphere. Up through 1991, every single by The Judds reached the Top 20 on the Billboard Country Singles chart, 14 of them reaching #1. Their six albums were certified gold and/or platinum including WHY NOT ME? (1984), ROCKIN’ WITH THE RHYTHM (1985), HEARTLAND(1987), RIVER OF TIME (1989), and LOVE CAN BUILD A BRIDGE (1990). In short, The Judds practically owned the Country Music charts all throughout the ‘80s. Although their albums did better on the Country charts than on the Pop charts, they certainly did cross over and sold a lot of records to folks who wouldn’t normally listen to Country music. The Judds were literally everywhere. And I haven’t even mentioned all of the awards they won over the years…

However, all good things come to an end. The duo – mom Naomi Judd and daughter Wynonna Judd – was sidelined in 1991 when Naomi was diagnosed with Hepatitis C. They immediately stopped touring and Naomi essentially retired from the grind of the music business. However, there was a lot of music left in Wynonna so she embarked on a solo career that was just as successful as The Judds’. Reverting to using her first name only, she released the album WYNONNA in 1992. The album hit #1 on the Country Albums chart and #4 on the Billboard 200. Her second solo album, TELL ME WHY (1993), did similar business and proved that Wynonna could easily carry The Judds legacy into a new decade. Other hit albums include REVELATIONS (1996), WHAT THE WORLD NEEDS NOW IS LOVE (2003) and WYNONA & THE BIG NOISE (2016). Wynonna even reunited with Naomi a few times over the years, but those were never meant to be permanent. While her solo career is more or less low key these days – by choice – than during her first two decades, she’s no less a Country superstar in 2020.

Wynonna returns to her roots this year with the release of her RECOLLECTIONS EP. This five-track release finds Wynonna in fine form, recording a handful of her favorite songs including “I Hear You Knocking”, “Angel of Montgomery”, and “Ramble On Rose”. Mostly recorded during quarantine at her Tennessee farm, RECOLLECTIONS will surprise those who think of Wynonna as just a commercial Country Music artist. This EP is loose and bluesy, filled with honest emotion, and a spirited rootsy vibe. This might be the most raw that we’ve ever heard Wynonna. In a sense, this is much like being a fly-on-the-wall during a fun and relaxed jam session with Wynona and her band. The love and passion she has for creating music is on display for all to hear. She says that the recording of this EP took her right back to where she started and, in many ways, it certainly feels that way. But she’s matured as an artist and all her life experiences come through loud and clear. This is the real Wynonna and that is what makes this an inspiring listen whether you are a fan or not.