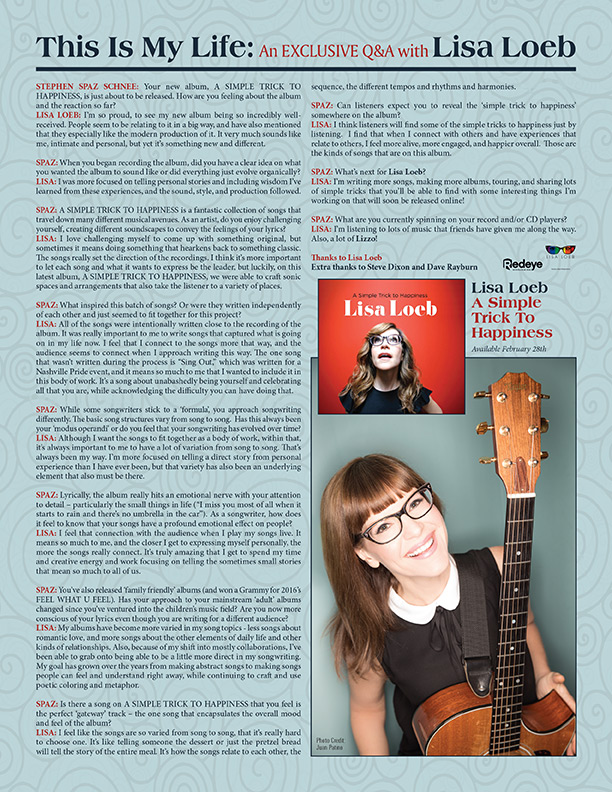 STEPHEN SPAZ SCHNEE: Your new album, A SIMPLE TRICK TO HAPPINESS, is just about to be released. How are you feeling about the album and the reaction so far?
LISA LOEB: I’m so proud, to see my new album being so incredibly well-received. People seem to be relating to it in a big way, and have also mentioned that they especially like the modern production of it. It very much sounds like me, intimate and personal, but yet it’s something new and different.

END_OF_DOCUMENT_TOKEN_TO_BE_REPLACED 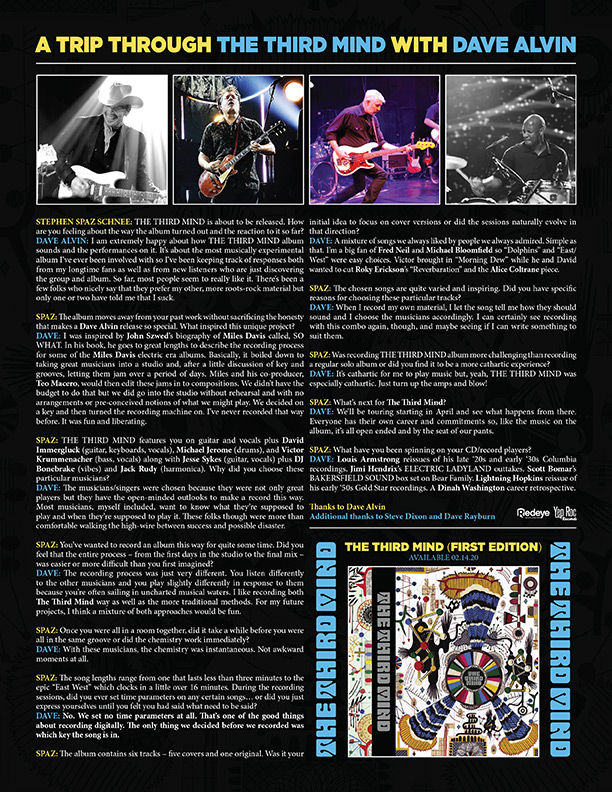 STEPHEN SPAZ SCHNEE: THE THIRD MIND is about to be released. How are you feeling about the way the album turned out and the reaction to it so far?
DAVE ALVIN: I am extremely happy about how THE THIRD MIND album sounds and the performances on it. It’s about the most musically experimental album I’ve ever been involved with so I’ve been keeping track of responses both from my longtime fans as well as from new listeners who are just discovering the group and album. So far, most people seem to really like it. There’s been a few folks who nicely say that they prefer my other, more roots-rock material but only one or two have told me that I suck.
END_OF_DOCUMENT_TOKEN_TO_BE_REPLACED 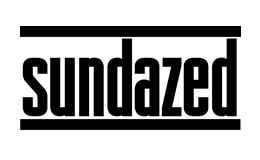 Bob Irwin should be in the Rock & Roll Hall Of Fame. Or at least have his own star on the Hollywood Walk Of Fame. Or maybe have a star named after him. And the reason why is really quite simple. Over 30 years ago, he started a label called Sundazed and literally changed the world of CD reissues. From the label’s debut, THE FABULOUS KNICKERBOCKERS in 1989 to the label’s most recent releases, they’ve been handled with love and care. Great mastering, packaging, liner notes, and the addition of bonus tracks when available, every Sundazed release is a work of art and labor of love. The label has released catalog titles by The Velvet Underground, Buck Owens, Link Wray, Byrds, Meters, Bob Dylan, Love, MC5, Leonard Cohen, Johnny Cash, and many others.

While steering the Sundazed ship, Bob also had a 25-year relationship as a producer for Sony Music. Bob curated and restored titles by Santana, Janis Joplin, The Byrds, Sly & The Family Stone, Simon & Garfunkel, Stevie Ray Vaughan, Jefferson Airplane, Donovan, and Carole King. Oh, and loads of others as well. There’s a pretty good chance that if you are a collector, you own at least 29 titles that Bob has worked his magic on!

I’ve collected Sundazed CDs throughout the years. And going through their catalog, I’ve decided to share my thoughts on some of my favorite titles on the label. Some are obscure while others are cult classics. All of them are very much worth your time. And some of them are even available on vinyl! However, I’m a CD man so that is what I’m focusing on below.