While he may be classified as a Blues artist, Albert Castiglia will certainly appeal to more than just that genre’s enthusiasts. Fans of Alt-Country, Roots Rock and Americana will most certainly fall under the spell of Castiglia and his 2017 album UP ALL NIGHT, which hits stores on October 6. His name may not be familiar to some but he’s been raising the roof since 1990 when he joined Miami Blues Authority. Discovered six years later by Blues legend Junior Wells, Albert became his sideman until Wells’ death in 1998. Working as a sideman for a variety of other artists, Castiglia didn’t step into the solo spotlight until he released his debut album in 2004.
Thirteen years on from his debut album and nearly three decades into his career, UP ALL NIGHT finds Albert center stage again and fully in charge. The album mixes his Blues roots with Country, Soul and gritty Rock. With a swagger and a twang, the album avoids the clinical, polished sound of most releases and serves up a platter of raw Blues straight from the heartland. 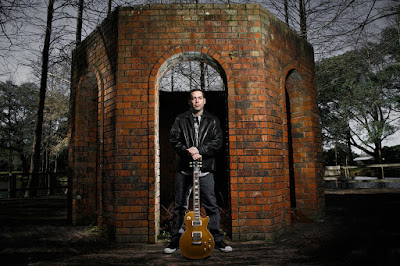 Produced by Mike Zito, the album features musical assistance from Zito (guitar/vocals), Jimmy Pritchard (bass), Brian Menendez (drums), Sonny Landreth (slide guitar), Lewis Stephens (keyboards) and Johnny Sansone (harmonica). The album’s atmosphere is not unlike a sweaty, beer-fueled night in a dusty roadhouse. With songs like “95 South,” “Hoodoo On Me,” “Quit Your Bitching” and “Knocked Down Loaded,” UP ALL NIGHT will tickle the fancy of fans of dirty Blues, Country, Rock and Southern Soul.