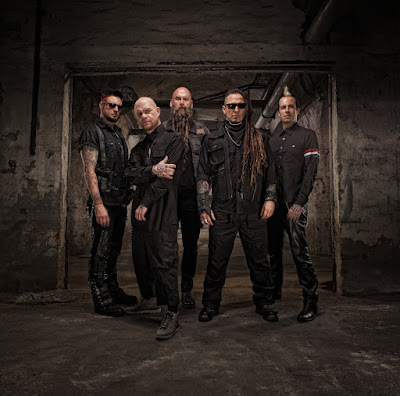 For the first time in Five Finger Death Punch’s career, they are releasing a ‘best of’ collection that will remind fans of their sheer Metal power while also introducing a new generation to their hard-hitting sound. A DECADE OF DESTRUCTION brings together 14 of their biggest radio hits plus two newly-recorded songs which should easily continue the band’s string of hits at rock radio. Their first new music in two years, “Trouble” (which has already hit #1 on iTunes Rock Chart) and “Gone Away” show the direction the band is headed while pummeling your brain with heavy riffage and that classic Five Finger Death Punch power stomp.
A DECADE OF DESTRUCTION includes “Lift Me Up” (featuring Judas Priest’s Rob Halford), “Wash It All Away,” “Bad Company,” “Wrong Side Of Heaven,” “My Nemesis” and many others. Sixteen face melting Metal monsters on one disc. And that is not fake news!

A DECADE OF DESTRUCTION