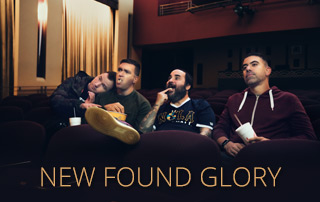 Regardless of what the Billboard charts might insinuate, Pop Punk – AKA Punk Pop – was not born in the mid- ‘90s. The roots of the genre first came to prominence in the late ‘70s thanks to bands like Ramones, Buzzcocks, The Dickies, and The Undertones. The blending of the raw power of Punk Rock and soaring, sing-a-long melodies reignited the Indie scene and made Punk more -for lack of a better term – consumer-friendly. Pop Punk was not watered-down Punk aggression – it was just more focused. Bands soon realized that they could get their messages across if they packaged them in tight, melodic musical blasts. Add a little bit of harmony here, a catchy hook there, and, voila, Pop Punk was born. Pop Punk was never about playing it safe – it was about communicating to their audience via raw and urgent Rock ‘n’ Roll and melodic hooks. The movement’s popularity weakened a little bit over the next decade but in the late ‘80s, bands like Descendents brought Pop Punk back to the surface. And then came the ‘90s…


The term ‘Pop Punk’ wasn’t widely used until bands like The Offspring, Green Day, Rancid, and Blink-182 brought the genre to the mainstream, selling millions of albums in the process. MTV and radio embraced this new movement that was as hook-filled as it was loud and aggressive. It is hard to tell whether Pop Punk was a reaction against the slick Pop and smooth R&B that filled the charts at the time or a full-on musical revolution but whatever happened, happened. Another band that made their mark in 1997 was New Found Glory, the Coral Springs, Florida-based band that seemed to have a never-ending supply of anthems for the Punk kids. Within two years of their debut EP, the band were one of the biggest Pop Punk bands in the land. In the midst of their success, the band released FROM THE SCREEN TO THE STEREO, a collection of songs/themes from movies that the band transformed into NFG rockers. Seven years later, the band released the second volume of FROM THE SCREEN… featuring more fun reinterpretations of movie themes. Even though the band has released albums since then, fans have been wondering if NFG was ever going to release a third volume in the series. Well, those fans no longer need to wonder… 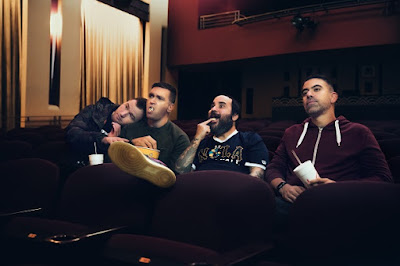 FROM THE SCREEN TO YOUR STEREO III has arrived and features the band barreling through seven movie favorites including “Let It Go” (from FROZEN), “Cups” (from PERFECT), “This Is Me” (from THE GREATEST SHOWMAN) and more. For fans of Pop Punk and NFG, this is an album that will heat up your summer! One question: Why did it take this long for the band to cover Survivor’s “Eye of The Tiger” (from ROCKY III) and Huey Lewis & The News’ “The Power Of Love” (from BACK TO THE FUTURE)? Those seem like they would have been tailor-made for the first volume! But at least they finally did ‘em, right? 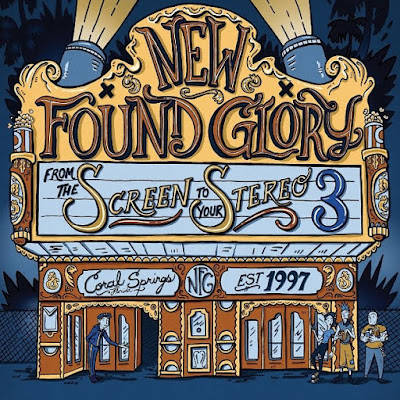