SPAZ: It is often difficult to pinpoint your influences. Were there any specific artists – or events – that inspired this batch of songs?
YEASAYER: Lots of Hot Dad, Fossil Fuel, and Tonetta 777 went in to the making of this album. And life. We’re all a little more in touch with our animal side these days. It makes art enjoyable.

SPAZ: Tracks that leap out of the speakers on first listen include “Ecstatic Baby,” “Crack A Smile,” and “I’ll Kiss You Tonight.” Do you have a say in which tracks will be picked as singles and/or solicited to radio or do you leave that up to people outside the band?
YEASAYER: We’re releasing this record on our own label (Yeasayer Records), so we have entire control this time around. What a time to be alive!

SPAZ: The songs have many different layers to them and it often takes a few listens to fully comprehend all the great little hooks that inhabit each track. When recording, do you often have to stop yourselves from adding more elements before sending them to the mixing stage?
YEASAYER: We stop ourselves from stopping ourselves all the time. Like Carol Dweck says “Becoming is better than being”

SPAZ: What is your format of choice when listening to your music?
YEASAYER: Straight from the reel.

SPAZ: What’s next for Yeasayer?
YEASAYER: Touring all over the world. Holy cow.

SPAZ: What are you currently spinning on your record or CD players?
YEASAYER: Here’s a sampling of stuff we’re listening to. Ben E King – “I (Who Have Nothing)”, Shabazz Palaces – “Shine A Light”, Sniff ‘N’ The Tears – “Drivers Seat”, The The – “This Is The Day”, Homeshake – “Making A Fool Of You”, Summer Cannibals – “Simple Life”, X-Ray Spex –  GERM FREE ADOLESCENTS, Iggy Pop and James Williamson – “Sell Your Love”, Happy End – “Ashita Tenki ni Naare”, Heaven 17 – “(We Don’t Need This) Fascist Groove Thang”, Mild High Club – “Homage”, and Ofege – “It’s Not Easy”.

Thanks to Yeasayer
Special thanks to Larry Germack, Clint Weiler, and Dave Rayburn 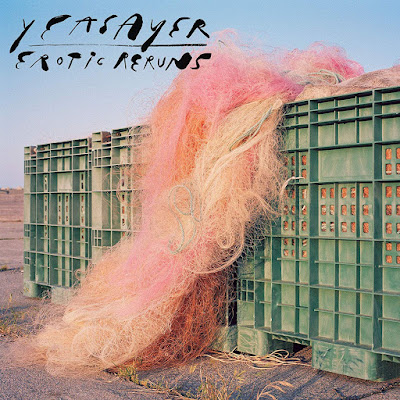