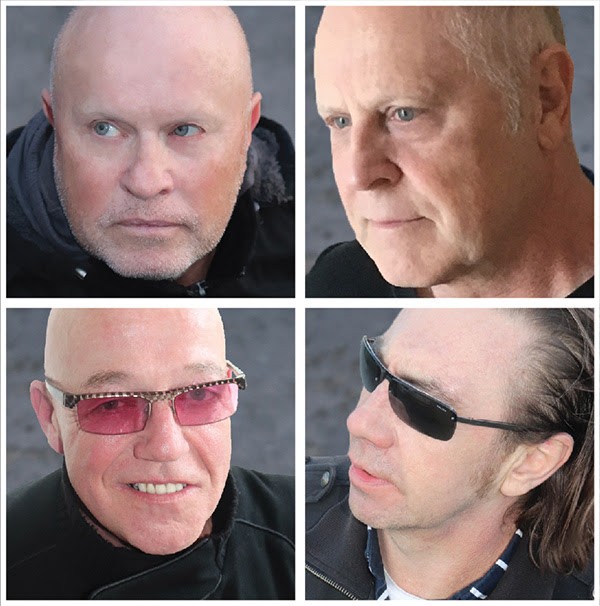 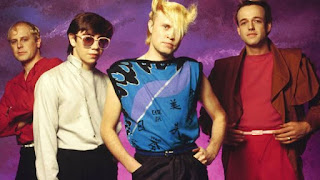 Two fantastic albums followed – the darker LISTEN (1983) and the ambitious concept album THE STORY OF A YOUNG HEART (1984) – before Reynolds left the band, throwing their creative trajectory off its axis. Their fourth album – DREAM COME TRUE (1986) – was a radical departure from their classic sound, and when the album didn’t fare well in the charts, the remaining trio went their separate ways. Mike Score later reformed a new lineup of the band in the U.S. and continued to tour under the band’s name. In 1995, he did manage to release a new AFOS studio album – THE LIGHT AT THE END OF THE WORLD – which was a solid collection of new songs that recalled the best of their earlier material. Sadly, it didn’t reach a wider audience at the time and remains largely unheard by those outside of their fanbase. The original line-up (Mike, Ali, Frank, and Paul) did play together again during an episode of VH1’s Bands Reunited (2004) and a subsequent mini-tour. Apart from a digital-only solo album by Mike Score (2014’s ZEEBRATTA), there have been no new original songs released under the name A Flock Of Seagulls, although Mike has re-recorded their hits for various projects. 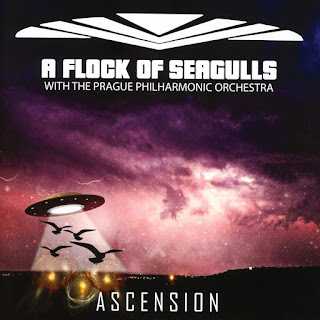 Then, quite surprisingly, it was announced in 2018 that the original quartet had re-recorded some of their finest tracks and, in tandem with the Prague Philharmonic Orchestra, would be releasing the album ASCENSION. For longtime fans, to hear the original quartet together again on record – the first time since 1984 – was a ‘dream come true’ (pun intended). While they may not have all been together at the same time laying down their tracks, it was great to hear that the classic AFOS groove is still intact. As an album, ASCENSION is quite a revelation. It operates as an alternative ‘greatest hits’ collection as well as a fresh look at the band’s most popular tracks. On first listen, the orchestral arrangements work best on the mellower tracks like “Space Age Love Song,” “Nightmares,” “Transfer Affection,” and “Wishing (If I Had A Photograph Of You)”. Once you go back and listen a second, third, or fourth time, it all makes perfect sense. The strings swoop and soar, adding a more grandiose and cinematic feel to these recordings. While the arrangements of the songs are extremely close to the original versions, the orchestral arrangements are like glittery icing on the cake, adding more flavor without taking anything away from the songs. You’ll get chills listening to “The More You Live, The More You Love,” “I Ran,” “Modern Love Is Automatic,” etc. Pop classics then, Pop classics now. ASCENSION is an album that longtime fans and newer converts need to experience first-hand. 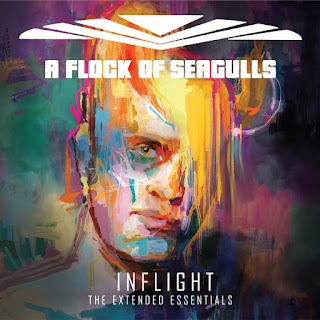 Following up on the success of ASCENSION is INFLIGHT (THE EXTENDED ESSENTIALS), a collection of new extended remixes of most of those re-recorded hits (sans orchestra). Rather than recreate the original extended versions that have circulated on 12” singles over the years, INFLIGHT reimagines the songs without straying too far from the basic recordings themselves.  Some of the original versions of the songs – including “I Ran” and “Space Age Love Song” – never had proper extended mixes back in the ‘80s so these are very welcome additions to the band’s catalog. These remixed re-recordings are not meant to replace those ‘80s classics but if you love the songs and the band, there’s no reason that you won’t love this collection. INFLIGHT is a fun and enlightening release that, again, proves that AFOS were and are a proper Pop band. They deserve your love and respect.

While ASCENSION is a must-have for fans of AFOS and the ‘80s, INFLIGHT might inspire a little more movement on the dance floor. My recommendation? Get both.