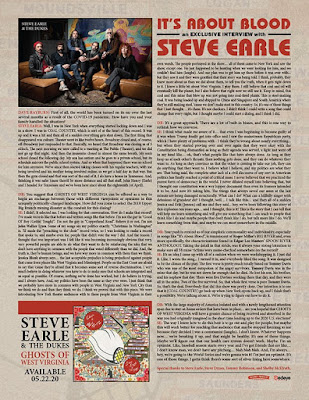 It’s About Blood:
An EXCLUSIVE interview
with
Steve Earle
DAVE RAYBURN: First of all, the world has been turned on its ear over the last several months as a result of the COVID-19 pandemic. How have you and your family handled the situation?
STEVE EARLE: Well, I was in New York when everything started locking down and I was in a show. I was in COAL COUNTRY, which is sort of at the heart of this record. It was up and it was a hit and then all of a sudden everything gets shut down. The first thing that disappeared was culture. Theater went in like twelve hours. Broadway closed and, of course, off-Broadway just responded to that. Basically, we heard that Broadway was closing as of 5 o’clock. The next morning we were called to a meeting at The Public (Theater), and we did not go up that night. And then the museums closed in almost the same breath. My son’s school closed the following day. My son has autism and he goes to a private school, but its schedule mirrors the public school system. And so when that happened there was no school for him anymore. We’ve since then started taking classes with his regular teachers, with me being involved and his mother being involved online, so we get a half day in that way. But then the gym closed and that was sort of the end of it. I do have a house in Tennessee. And, thinking it was safer ‘cause there’d be more distance and all that stuff, John Henry (Earle) and I headed for Tennessee and we’ve been here since about the eighteenth (of April).
DR: You suggest that GHOSTS OF WEST VIRGINIA can be offered as a way to begin an exchange between those with different viewpoints or opinions in this uniquely politically-charged landscape. How did you come to select the 2010 Upper Big Branch mining disaster as the conduit for this dialog?
SE: I didn’t. It selected me. I was looking for that conversation. How do I make that record? I’ve made records like that before and written songs like that before. I’m not the guy in “Good Ol’ Boy (Gettin’ Tough)”. I’m not the guy in “Copperhead Road”. Believe it or not, I’m not John Walker Lynn. Some of my songs are my politics exactly. “Christmas In Washington” is. I’d made the “preaching to the choir” record twice, so I was looking to make a record that spoke to, and maybe even for, people that didn’t vote the way I did. And the reason I thought that was important was I felt like it was becoming increasingly obvious that very, very powerful people are able to do what they want to do by reinforcing the idea that we don’t have anything in common with the people that voted differently than we did. And, the truth is, they’re human beings, and we have way more in common with them than we think. Jessica Blank always says… the last acceptable prejudice is being prejudiced against people that come from places like West Virginia and Mississippi. People on the East Coast are afraid to say that ‘cause they’re afraid that it becomes some sort of reverse discrimination. I very much believe in doing whatever you have to do to make sure that schools are integrated and as equal as possible. Of course, nothing we’ve done has worked, but I do believe in trying, and I always have. And, my politics have been the same as they ever were. I just think that we probably have more in common with people in West Virginia and New York City than we think we do and than they think we do. I think we proved that with this piece. We were introducing New York theater audiences with to these people from West Virginia in their own words. The people portrayed in the show… all of them came to New York and saw the show, except one. He just happened to be hunting when we went looking for him, and we couldn’t find him (laughs). And our plan was to get him up there before it was over with… but they saw it and they were gratified that their story was being told. I think, probably, they knew more about us than we did about them, to tell you the truth, when it gets right down to it. I know a little bit about West Virginia. I play there. I still believe that coal and oil will eventually kill the planet, but I also believe that right now we still use it. Keep in mind, this coal and this mine that blew up was not going into coal-fired plants. This is steel-making coal. It was being loaded up and shipped to China and Singapore and South America where they’re still making steel, ‘cause we don’t make steel in this country. So, it’s one of those things that I just thought… it’s chess. It’s not checkers. I didn’t think I could write a song that could change that every night, but I thought maybe I could start a dialog, and I think I did. 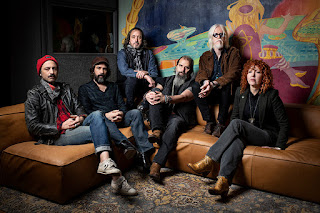 DR: It’s a great approach. There are a lot of built-in biases, and this is one way to rethink how we converse.
SE: I think what made me aware of it… that even I was beginning to become guilty of it was when Trump finally got into office and I saw the mainstream Republican party, which I have plenty of problems with – I think they’re wrong about nearly everything… but when they started proving over and over again that they were okay with the Constitution being dismantled as long as their agenda was served, a light just went off in my head like… oh, that’s what people like that have always done. As long as they keep us at each other’s throats, then nothing gets done, and they can do whatever they want to. As long as they convince us that the other is coming to take our job, they can do anything that they want to. I believe what I believe, and my politics are what they are. That being said, the complete utter lack of a civil discourse of any sort in American politics has finally reached a point of critical mass. I never believed that we practiced the purest form of democracy in the world. I never diluted myself into believing that, but I thought our constitution was a way hipper document than even its framers intended it to be. And now it’s taking hits. The things that always saved our asses at the last minute are being damaged structurally. What can I do? What can a hillbilly singer with delusions of grandeur do? I thought, well… I talk like this… and then all of a sudden Jessica and Erik (Jensen) call me and they said… hey, we’ve been following this story of this explosion ten years ago… and I thought, this is it! This is the story that I can tell that will help me learn something and will give me something that I can teach to people that think like I do and maybe people that don’t think like I do, but talk more like I do. We’ll learn something from that, and maybe we can meet somewhere in the middle.
DR: Your push to remind us of our simplistic commonality and individuality, especially in songs like “It’s About Blood”, is reminiscent of Roger Miller‘s BIG RIVER and, even more specifically, the characterizations found in Edgar Lee Masters’ SPOON RIVER ANTHOLOGY. Taking the detail in that stride, was it always your strong intention to make sure all 38 mine victims were name-checked somewhere on the record?
SE: It’s an idea I came up with all of a sudden when we were workshopping it. I just did it. Like, I wrote the song… I turned it in, and everybody liked the song. It was designed to be the climax of the play. The first verse is pretty much totally based on Tommy Davis who was one of the most outspoken of the angry survivors. Tommy Davis was in the mine that day, but he was not down far enough that he died. He lost his son, his brother, and his nephew that day. There were five Davises working there that day, and they were all in the mine. Two of the five survived. So, that whole first verse is pure Tommy Davis. So, that’s the deal. Everybody that did this show was pretty close. Our intention is to see that it (COAL COUNTRY) go back up when New York opens back up, and I think that’s a possibility. We’re talking about it. We’re trying to figure out how to do it.
DR: With the large majority of America isolated and with a newly lengthened attention span due to stay-at-home orders that have been in place… are you hopeful that GHOSTS OF WEST VIRGINIA will have a greater chance of being received and absorbed in the way you had originally imagined in the short time leading up to the 2020 U.S. elections?
SE: The way I know how to do this best is to go out and play for people, but maybe this will work better for reaching that audience that maybe stopped listening to me because they decided I was a communist (laughs). I don’t know. Whatever happens now… we’re breaking it up, and that might be healthy. It’s one of those things. Maybe we’ll figure out that our health care system doesn’t work. Maybe. I’m an optimist. Like, baseball season starts every year and I’ve got friends that are like… I don’t know man, we don’t have any pitching… blah blah blah. And, I’m always… hey, we’re going to the World Series and we’re gonna win it! I’m just an optimist. It’s one of those things. I gotta think there’s some sort of silver lining here somewhere.
Special thanks to Steve Earle, Steve Dixon, Tommy Robinson, and Shelby McElrath 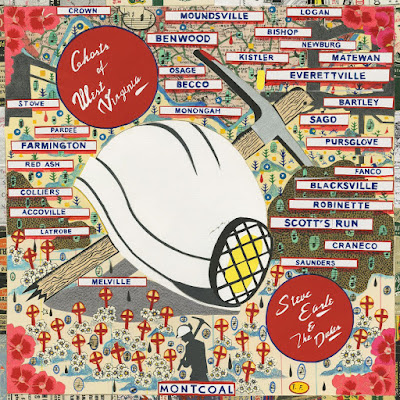