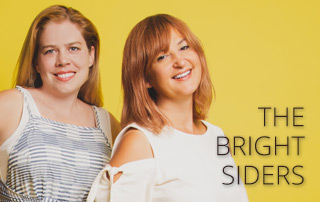 Children’s music is much more complicated than you’d expect. The genre extends far beyond the old days of grown-ups dressing like cowboys or clowns and singing silly songs to entertain the special tykes in our lives. Children’s music is no longer created just to make the kids giggle – it now touches deeper and teaches them lessons. Mostly subtle, the messages are sprinkled in songs that sound simplistic yet are extremely sophisticated in their arrangements and dynamics. It takes a lot to inspire the mind, the heart, and the spirit in any person, young or old, so we must really give a lot of respect to those who have made a difference through the years. From Fred Rogers to Joe Raposo (Sesame Street), Raffi to Sharon, Lois & Bram, music has played an important role in every child’s life. And, in many ways, music has played a key role in how many children behave as they grow up. They often leave those treasured musical artists behind, but there is always a new generation being born each day that will embrace them when the time is right…

Modern children’s music has moved away from silly kiddy ditties to engaging family songs. Over the years, parents have been annoyed by the music their toddlers wanted to listen to over and over and they’d eventually become exhausted in their attempts to ignore the tantalizing audio tidbits. In response, the artists have raised the stakes and are now creating music that is still engaging for children but also easily digestible for older kids and parents as well. In opening that door, the music moves and motivates the entire family. Like having a picnic in the park or a day at the beach, children’s music today is fun for everyone. And to top that off, the music doesn’t get old and isn’t always left behind as a child gets a little older. And the messages become more ingrained in a child’s mind when they begin to understand the ways of the world.

The Bright Siders’ debut album A MIND OF YOUR OWN is the perfect example of a ‘children’s music’ album that will stay with a youngster long after they’ve left their diapers behind. Every song is engaging and fun yet far from annoying. The duo – Kristen Andreassen (Uncle Earl) and Kari Groff, MD – bring emotions to life in wonderfully whimsical ways. But they don’t come to the party alone – A MIND OF YOUR OWN features guest appearances from Ed Helms, The War and Treaty, Gaby Moreno, The Punch Brothers, The Hoke, and others. Mixing Pop, Folk, World Music, Latin Music, and other styles, this is an album that speaks to the head and the heart. Tracks like “The Moon & The Stars & Me”, “The Song About Songs”, and “Vamos a Jugar, Let’s Go Play” will appeal to kids from 1 to 92. With the world draped in a pandemic, the innocent hearts of children need positivity and light and The Bright Siders bring that home on A MIND OF YOUR OWN.

A MIND OF YOUR OWN