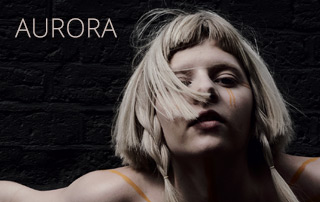 Norway isn’t just the hotbed of Black Metal, you know. While that genre has kept a handful of Norwegian musicians gainfully employed, the country has also given us some artists who remain popular throughout the rest of the world. Mentioning Classical composer Edvard Grieg is a given, but many other influential artists hail from Norway including a-Ha, Jan Garbarek, Royksopp, Terje Rypdal, Jaga Jazzist, production team Stargate, and Anni-Frid ‘Frida’ Lyngstad, one of the two A’s in ABBA. With each passing year, Norwegian artists make their presence known outside their homeland and Aurora Laura Aksnes, who releases music under the name Aurora, is now making waves as she dances on the cup of international stardom.
END_OF_DOCUMENT_TOKEN_TO_BE_REPLACED 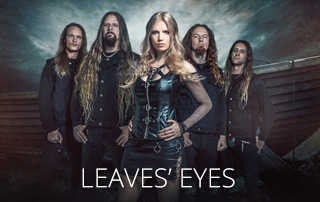 SIGN OF THE DRAGONHEAD is the seventh album from German/Norwegian Symphonic Metal band Leaves’ Eyes. It is their first full-length album to feature Finnish vocalist Elina Siirala, who replaces original vocalist Liv Kristine. Elina’s impressive live premiere in front of more than 20,000 metal heads at the Hammersonic in Jakarta / Indonesia and other subsequent live shows established Elina as a charismatic frontwoman with a powerful voice, immediately sparking euphoria among Leaves’ Eyes’ fans.