“The impetus for the album project came from a place of mourning, frustration, anger, and hope.” Sheila explained to Discussions Magazine’s Dave Rayburn. “As I was in a mourning period for Prince, I found myself in mourning for the country during and after the election cycle. The acts of divisiveness, racism, misogyny, bigotry and overall un-American values being promoted were extremely disturbing for me. I felt the need to do something to take a stand against these things. My father taught me to fight for what I believed in. This album was my contribution to that fight.”

(You can read all of Dave Rayburn’s exclusive interview with Sheila E. HERE)

The new video, “Funky National Anthem: Message 2 America” was ‘inspired by Dr. Martin Luther King, Jr.’s message of nonviolence, which has to be at the forefront of our fight for human rights. We have to eliminate and reject violence in every form that is thrown our way.’ 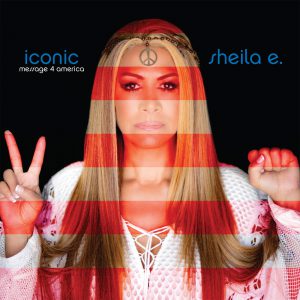