The trio’s musical scope is far-reaching. They mix Pop, House, Reggaeton, Dancehall, Electro, Soca, Reggae, and other worldly rhythms into a delightfully delicious aural smorgasbord that is as commercial as it is astounding. On the surface, Major Lazer’s sound is dreamy Dance Pop but once you focus on the songs’ many textures, you discover that you are experiencing something special. Major Lazer isn’t an empty musical vessel – this is though-provoking, spirit-lifting music that crosses many musical borders and takes you on a spectacular journey. Along the way, their journey has included over two BILLION YouTube views and a BILLION Spotify streams of “Lean On,” two #1 Top 40 singles, Latin Grammy and American Music Awards nominations, and so much more. 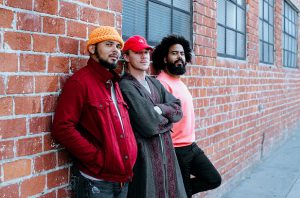 To celebrate their 10th Anniversary, Major Lazer is releasing ESSENTIALS, a two CD collection of their finest moments in one place. This release includes appearances by many of their great collaborators including Bruno Mars, Tyga, Mystic, Tove Lo, Justin Bieber, Sean Paul, PARTYNEXTDOOR, Nicki Minaj, Ty Dolla Sign, Ellie Goulding, Tarrus Riley, Ariana Grande, Machel Montano and so many others. Tracks include “Lean On,” “Cold Water,” “Bubble Butt,” “Blow That Smoke,” “Light It Up,” “Boom,” “Know No Better,” “Be Together,” and many others. BUT THAT’S NOT ALL! You also get four brand new Major Lazer tracks! If you haven’t shown up to the Major Lazer party yet, then this is the golden ticket that will open the door to a while new world. Major Lazer’s world.  Have fun! 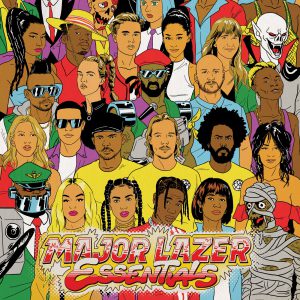