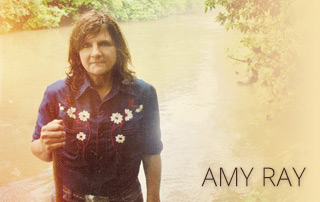 In many ways, Autumn is the perfect time to release HOLLER. Like a brisk breeze sweeping leaves across a dusty road, the sound of HOLLER is familiar and reassuring yet fresh and exciting. It is an album that probably sounds just as good in the Summer heat, but, like Fall, it brings time for reflection and relaxation.  That’s not to say that this is a low-energy album – far from it. But the music itself is inviting, warm and as playful as a small wind tunnel that skates across a meadow in the chill of the Autumn sun. This is an outdoors-on-the porch album just as much as it is a warm-blanket-on-a-rainy-day album. What it isn’t is a ‘city’ album. HOLLER is an album of honesty (with songs about love, addiction, despair and immigration) and, in many ways, escapism. While the album deals with Amy’s truths, the songs allow her messages to gently flow between the cracks, never once denying the hope that music brings. 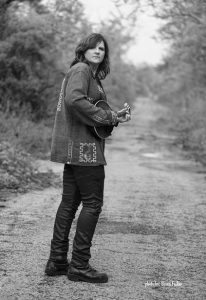 The songs on the album – all 14 penned by Amy – run the gamut from Neil Young- like Country rockers to gentle Folk balladry. From a joyfully picked banjo to a genuine horn section, HOLLER offers up many musical surprises.  If all you’ve heard are a few Indigo Girls albums from the late ‘80s and early ‘90s, this may be a good starting point to jump back into Amy’s music.  With guest vocal appearances from Vince Gill, Justin Vernon (Bon Iver), Brandi Carlile, The Wood Brothers and Rutha Mae Harris (The Freedom Singers), HOLLER is Amy Ray’s truth. Maybe it’s yours, too? There’s only one way to find out… 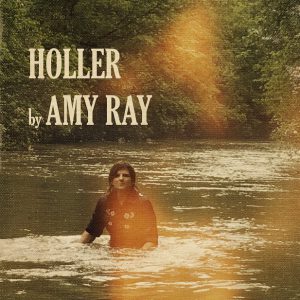