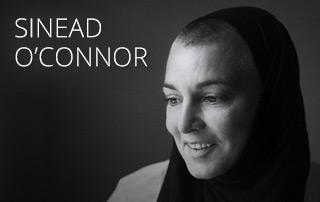 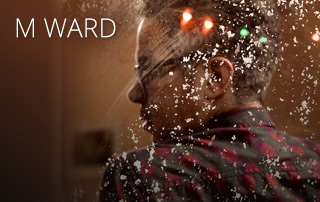 In many cases, singers, songwriters, and musicians walk in the door and immediately make their presence known. They’ll dazzle you with their songs, they’ll hit your over the head with their charm, and they’ll demand you to pay attention to them. And in the process, they’ll tread the line between arrogance and confidence. Ultimately, many of them never live up to their own hype and they end up wheeling their amp and guitar out through the same door from whence they came. However, there are remarkably talented artists out there that slip in through the backdoor, lurk in the shadows, and don’t draw attention to themselves. Instead, they prove their talents through hard work – they are more interested in creating art than prancing in the spotlight. Eventually, over time, their talents become a part of our musical landscape even if we don’t know their name… at first.  M. Ward is one of those artists.

Since the release of his 1999 debut album, DUET FOR GUITARS #2, M. Ward has shown himself to be quite the talent as a musician, songwriter, and collaborator. He built an underground audience, album by album, until he could not be ignored by the industry that he had now become part of. By the time he released his fifth album, TRANSISTOR RADIO, in 2005, his commercial profile had risen considerably. His next album, POST-WAR, landed at #146 on the Billboard 200 Albums chart and exposed his unique and refreshing talents to a larger audience. In 2008, he joined forces with vocalist/actress Zooey Deschanel as She & Him and released their debut album, VOLUME ONE. The duo would eventually release a total of five albums to date. In 2009, he was involved with the Americana/Alternative supergroup Monsters of Folk alongside Jim James (My Morning Jacket) and Conor Oberst and Mike Mogis (Bright Eyes). The following year, he was a member of another supergroup, Tired Pony, a band led by Snow Patrol member Gary Lightbody and featuring members of R.E.M., Belle And Sebastian, and other beloved musicians. In the meantime, he continued to work on his solo material…

His 2020 album, THINK OF SPRING, is a refreshing change of pace for the now iconic M. Ward. Inspired many years ago by hearing Billie Holiday’s LADY IN SATIN album, this new release finds him reinterpreting 11 of the album’s 12 tracks recorded, each of them sounding warm and intimate. M. Ward says, “The conceit of THINK OF SPRING is to filter the songs and strings from LADY IN SATIN through a single acoustic guitar using various alternate tunings and a minimal amount of textures and studio manipulation. most of the songs were recorded on an analog Tascam four track.” With musical inspiration from Holiday, John Fahey, Robert Johnson, Ray Ellis, and J.J. Johnson, experiencing the album is like spending time with a longtime trusted friend. 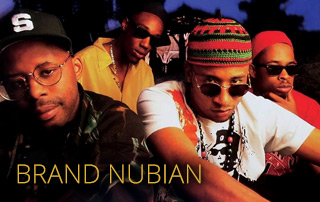 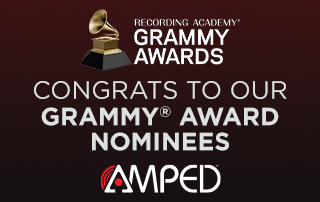