Throughout the ‘70s, ‘80s, and ‘90s, American Rock critics found it necessary to treat the Canadian music scene like a bad joke. When, where, why, and how Canada become a punchline for music journalists remains a mystery, but our northern neighbors have had the last laugh. In the last two decades alone, bands like The New Pornographers, Arcade Fire, Bran Van 3000, Death From Above (1979), and Broken Social Scene have achieved great success in the U.S., both critically and commercially. The older music journalists that once roamed the halls of Rolling Stone, Creem, Circus, and other magazines have slipped away into the shadows, replaced by a new legion of critics who no longer have an aversion to Canadian music makers. The times they are a-changin’!
END_OF_DOCUMENT_TOKEN_TO_BE_REPLACED

In the Pop Music industry, longevity is a rare thing indeed. Most big-selling acts are in the spotlight for two to five years before sliding off the radar and fading into the shadows. Some acts split up and are never heard from again. Others lose a few members and spend the rest of their careers playing county fairs. And then you have and act like Pet Shop Boys, a British duo that formed 39 years ago and have been crafting hit records since 1985. And thankfully, they show no signs of abandoning the music world anytime soon. And for that, we should all be grateful…
END_OF_DOCUMENT_TOKEN_TO_BE_REPLACED

On paper, musical collaborations always seem to work. In the studio or on the stage, not so much. The intentions might be good, but ultimately, the music is uninspired and forgettable. From Rock to Jazz, Hip Hop to Country, collaborations are normally inspired by mutual respect between artists. However, bad chemistry, ego, or record label interference can sink the ship faster than a torpedo from a nuclear submarine. On the other hand, there are some collabs that exceed expectations. When magic happens, we really need to pay attention. Thankfully, UNIFIED, the 2020 release from Brian Simpson and Steve Oliver is a grand success! While this isn’t their first walk in the park together, it is a reminder that two talents can come together as one and create something new and exciting.
END_OF_DOCUMENT_TOKEN_TO_BE_REPLACED 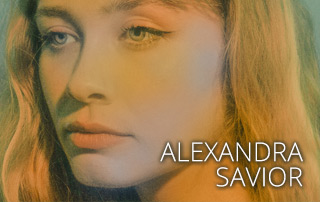 Sometimes, an artist can just waltz into the music business and achieve massive commercial success within a year or two of their first recording session. That, however, is a rare occurrence. In all actuality, it can often take years of disappointment, detours, and mistakes before forward motion is achieved. Even then, commercial success isn’t guaranteed. The journey always begins with talent but luck is also a big part of the equation. The road to stardom is littered with true talents that have never caught a lucky break. Thankfully, Alexandra Savior made it through successfully, albeit with a few bumps in the road…
END_OF_DOCUMENT_TOKEN_TO_BE_REPLACED

In the late ‘70s and early ‘80s, Eddie Money was one of the biggest Rock stars in America. His singles were on constant rotation on AM radio stations and his album tracks received plenty of spins on the FM dial. The Pop kids dug him but the AOR/Classic Rock fans took him as their own. With hits like “Two Tickets To Paradise”, “Baby Hold On”, “Shakin’”, “Think I’m In Love”, and “Take Me Home Tonight”, Eddie created an impressive catalog of Rock and Pop gems that are still being played on terrestrial and satellite radio stations. Some think of him as a ‘singles’ artist but his fans know that Eddie’s albums were solid, filled with great songs and even better performances.
END_OF_DOCUMENT_TOKEN_TO_BE_REPLACED