Throughout the ‘70s, ‘80s, and ‘90s, American Rock critics found it necessary to treat the Canadian music scene like a bad joke. When, where, why, and how Canada become a punchline for music journalists remains a mystery, but our northern neighbors have had the last laugh. In the last two decades alone, bands like The New Pornographers, Arcade Fire, Bran Van 3000, Death From Above (1979), and Broken Social Scene have achieved great success in the U.S., both critically and commercially. The older music journalists that once roamed the halls of Rolling Stone, Creem, Circus, and other magazines have slipped away into the shadows, replaced by a new legion of critics who no longer have an aversion to Canadian music makers. The times they are a-changin’!


While Arcade Fire has certainly drawn the most attention, The New Pornographers are equally beloved by music fans. Not exactly a collective like Broken Social Scene, most of the members of The New Pornographers have been involved with different projects before and during the band’s existence. Members include Neko Case (solo, Maow), Carl Newman (AC Newman, Superconductor, Zumpano), John Collins (The Evaporators), and Todd Fancey (Fancey, Limblifter). While he left The New Pornographers in 2017, guitarist/vocalist/songwriter Dan Bejar (Swan Lake, Hello Blue Roses) has been causing quite a stir with his band Destroyer. Releasing albums since 1996 (even before the formation of TNP), Destroyer’s recorded output has traveled down many different musical roads, showcasing the ever-evolving talents of Bejar. While it has been nearly three years since the release of the last Destroyer album – 2017’s ken – Bejar now presents the long-awaited HAVE WE MET for 2020! 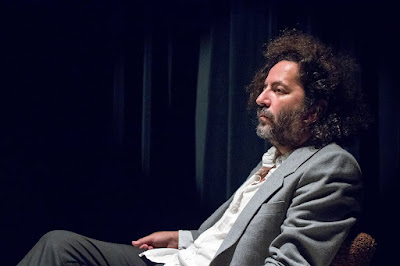 From the opening track, ‘Crimson Tide,” you know that you are being drawn into a unique musical universe that is smart, quirky, and unpredictable. Musically and lyrically, the album is unconventional without being too eccentric. Thankfully, it is playful and far from pretentious. Not quite Synthpop, HAVE WE MET lays down a tapestry of keyboards that push the songs forward while also adding flavor and flair. However, the Synth spell is broken at times with unexpected thrills like the scorching guitar solo on “Kinda Dark.” “The Man In Black’s Blues” vaguely resembles the moody vibe of The Blue Nile. The title track isn’t that far removed from The Durutti Column’s Vini Reilly in a bluesy mood. “It Just Doesn’t Happen” proves to be an excellent gateway track, offering a few different sides to Bejar’s multi-dimensional musical personality. Curiously, HAVE WE MET resembles what you’d get if you threw Jon Astley in a blender with Momus and then poured it into a chilled mug. And, boy, is it refreshing! 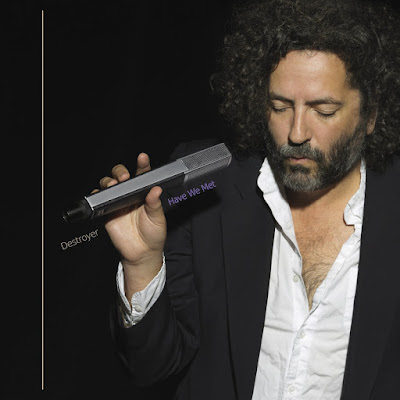 
HAVE WE MET
(Merge Records)