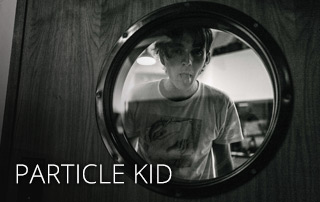 It all started way back in 1956 when singer/songwriter Willie Nelson first started making a name for himself as a Country Music songwriter. Willie was a hugely successful songwriter but his solo career limped along until the ‘70s, when he finally became a superstar. Country Music has morphed and changed over the years, making it more difficult for Willie to score a hit in the charts today. However, Willie is still a superstar and will forever remain so. In between the hits – both on the charts and on the bong – Willie has built up a family, which includes seven children. As expected, his kids learned a thing or two from their pops and have ventured into the music business to make their mark…
END_OF_DOCUMENT_TOKEN_TO_BE_REPLACED 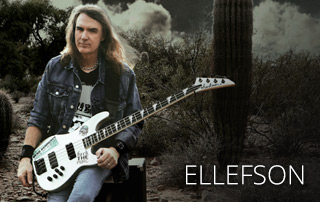 David Ellefson is a Heavy Metal icon. Alongside band leader Dave Mustaine, Ellefson was a founding member of legendary Metal band Megadeth. From 1983 until their temporary dissolution in 2002, Ellefson was the anchor in the band, standing by Mustaine’s side through several line-up changes. When Mustaine reformed the band in 2004, Ellefson was not part of the then-new line-up. For the next six years, Megadeth soldiered on without him. Once some issues had been resolved between Mustaine and Ellefson, David rejoined Megadeth in 2010 and remains a member of the band to this day.
END_OF_DOCUMENT_TOKEN_TO_BE_REPLACED 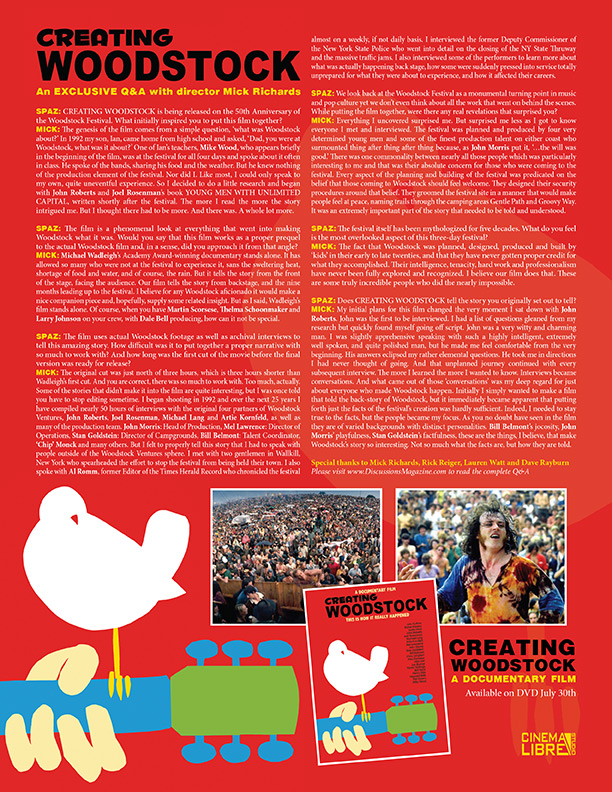 “For three days in August 1969, nearly a half-million young people descended upon Max Yasgur’s farm in upstate New York for the Rock ‘n’ Roll event that defined a generation. Mythologized for 50 years, the filmmakers set the record straight with CREATING WOODSTOCK, the most comprehensive examination of how the festival came to be using original interviews with key figures, rare archival footage and unearthed photographs.”

SPAZ: CREATING WOODSTOCK is being released on the 50th Anniversary of the Woodstock Festival. What initially inspired you to put this film together?
MICK: The genesis of the film comes from a simple question, ‘what was Woodstock about?’ In 1992 my son, Ian, came home from high school and asked, ‘Dad, you were at Woodstock, what was it about?’ One of Ian’s teachers, Mike Wood, who appears briefly in the beginning of the film, was at the festival for all four days and spoke about it often in class. He spoke of the bands, sharing his food and the weather. But he knew nothing of the production element of the festival. Nor did I. Like most, I could only speak to my own, quite uneventful experience. So, I decided to do a little research and began with John Roberts and Joel Rosenman’s book YOUNG MEN WITH UNLIMITED CAPITAL, written shortly after the festival. The more I read the more the story intrigued me. But I thought there had to be more. And there was. A whole lot more.
END_OF_DOCUMENT_TOKEN_TO_BE_REPLACED 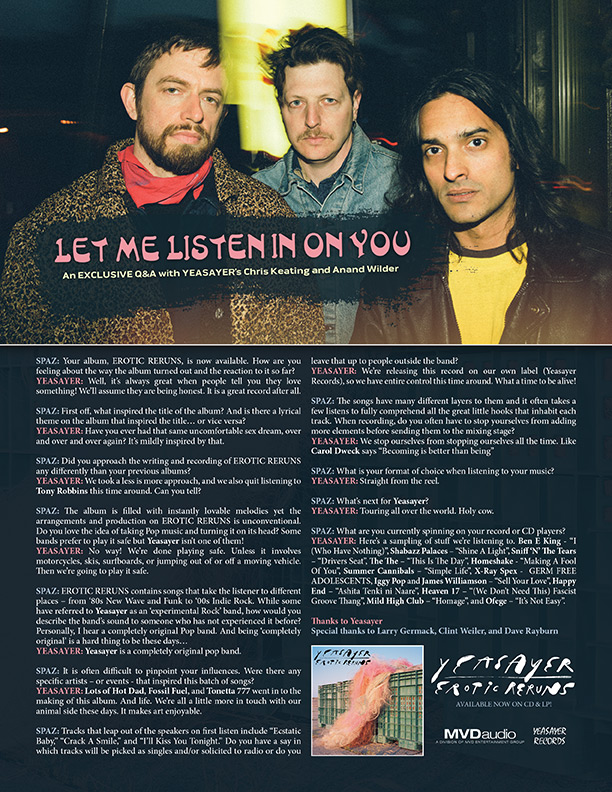 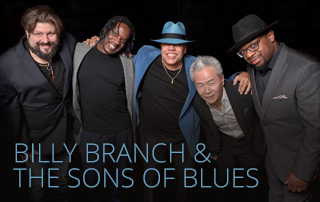 The harmonica has long been a neglected instrument in Rock music.  In a musical environment ruled by guitars, drums, keyboards, and vocals (including harmonies), the harmonica – AKA mouth organ – is often used as a novelty… and even then, very rarely. There are those artists who have managed to fit the harmonica into their hits – Billy Joel, Neil Young, Bob Dylan, John Lennon, etc. – but by and large, there aren’t many Rock musicians who proclaim themselves as first and foremost a harmonica player. However, if you’re talking about the Blues, that is a completely different story. Blues musicians known chiefly as harmonica players include James Cotton, Sonny Boy Williamson, Charlie Musselwhite, Junior Wells, Kim Wilson (Fabulous Thunderbirds), Paul Butterfield, Mark Feltham (Nine Below Zero), and many others.
END_OF_DOCUMENT_TOKEN_TO_BE_REPLACED