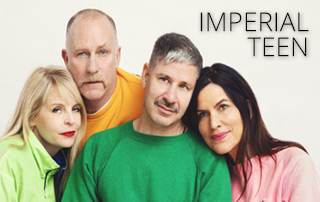 Any and all of the above statements are true. Imperial Teen is a band that may have been influenced by ‘80s New Wave and ‘90s Alternative Rock but they most certainly cannot be pigeonholed. Ask 10 different Imperial Teen fans about the band’s genre and they just may give you 10 different answers. To be honest, this is an envious position for any artist – it means that your music is touching people in different ways. For Imperial Teen, it seems to be par for the course. 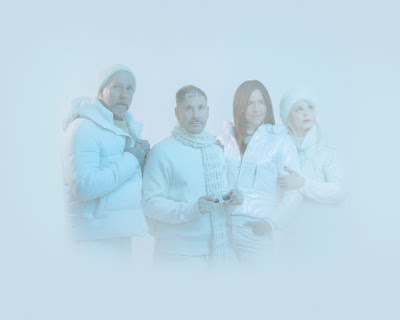 Formed in 1996, this almost-supergroup features guitarist/vocalist Roddy Bottum (Faith No More), guitarist/vocalist Will Schwartz (hey willpower), drummer Lynn Truell (formerly of Sister Double Happiness, the Dicks, and The Wrecks), and bassist Jone Stebbins (The Wrecks). Roddy was the band member with the highest commercial profile at the time and the Imperial Teen debut album was released at the height of Faith No More-mania in ‘96. Since then, the band hasn’t been exactly prolific but they’ve certainly made sure that each of their albums were chock full of melodic gems filled with a glorious male/female vocal blend.

NOW WE ARE TIMELESS (Merge Records) is the band’s sixth full-length studio release and certainly lives up to the album’s title. The album is a musical love letter to both the past and the future.  Careful to avoid all the tropes that drag ‘80s/retro bands down, Imperial Teen soar with a collection of songs that celebrate the music that inspired them, not imitate it.  While the band take music-making seriously, they certainly know how to have a good time… and sound like it! The blend of Indie Rock and Synthpop yumminess and their hook-filled melodies make NOW WE ARE TIMELESS an excellent Summer album. These songs were created for early evening cruising down Pacific Coast Highway just as the sun sets and the party comes out to play.  “Timeless,” “Walkaway,” “Somebody Like Me,” “Ha,” and “I Think That’s Everything” should be blasting out of every car this summer. If politics, social media, and the news have infected your soul, then Imperial Teen is the cure! Please continue to listen even if a rash occurs…