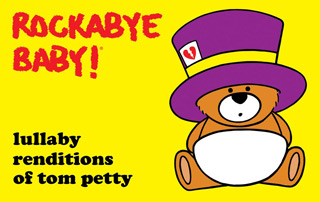 When Tom Petty & The Heartbreakers released their self-titled debut album in 1976, there were no indications that Petty would become one of the most important and successful figures in American Rock ‘n’ Roll for the next four decades. Initially lumped in with the Power Pop movement, Petty was eventually embraced by FM rock programmers and by the time of the band’s 1979 album DAMN THE TORPEDOS, he was a bona-fide Rock ‘n’ Roll star. Over the course of his career, he became one of the biggest selling music artists of all time, shifting more than 80 million in the process. Not only did Tom Petty win multiple Grammy and MTV awards, he also received a star on the Hollywood Walk Of Fame and was inducted – with The Heartbreakers – into the Rock And Roll Hall Of Fame in 2001. Apart from all that success with his band as well as a solo artist, he was also a member of Pop/Rock supergroup The Traveling Wilburys (with George Harrison, Bob Dylan, Roy Orbison and Jeff Lynne). Not bad for a skinny kid from Gainesville, Florida with big dreams…

The music of Tom Petty has become part of America’s Rock rich tapestry. From “American Girl” to “Free Fallin’,” from “Breakdown” to “Into The Great Wide Open,” his music has become synonymous with the Classic Rock genre alongside everyone from The Beatles and Led Zeppelin to The Rolling Stones and Journey. His music reaches across generations – from the New Wave/Rock kids of the ‘70s to the new generation of young fans discovering his music through their vinyl purchases. One of the many things that made Petty so appealing is that he never played the role of Rock Star – he was always a down-to-earth music fan who just happened to be a chart-topping superstar. There was nothing pretentious about Petty at all. He was enormously talented and he knew that he was incredibly lucky. Sadly, Tom Petty passed away on October 2, 2017.

The Rockabye Baby serious celebrates both Petty and babies’ nap time with LULLABY RENDITIONS OF TOM PETTY, a collection of Tom’s finest songs performed on xylophones, bells, percussion and keyboards. Apart from the songs mentioned above, this set includes cute and cuddly interpretations of other hits like “I Won’t Back Down,” “Refugee,” “Don’t Do Me Like That,” “Learning To Fly,” “Don’t Come Around Here No More,” and others. Babies and toddlers will find the music soothing and nap-inducing while parents and grandparents will be reminded of the huge impact that Tom Petty’s music has had on many generations over the years. ROCKABYE BABY: LULLABY RENDITIONS OF TOM PETTY is a gentle reminder of the power of music. 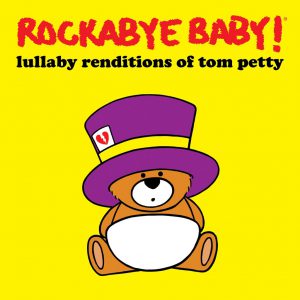