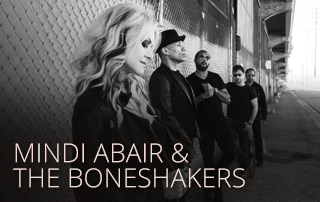 The Blues genre may have spent the last century travelling around the world, but it has remained America’s music. Born from the crust of the earth, the Blues came to life when it was introduced to the sweat of humanity and the darkness buried deep in the hearts of America’s downtrodden. While Blues Music had been around for decades, Robert Johnson’s deal with the Devil helped to propel the genre forward. In the 80 years since that deal went down at the Crossroads, Blues has remained the music of the people. It is also the foundation of practically every genre that has come since – from Folk to Country to Jazz to Rock. The Blues is part of us and we are part of the Blues.


One of the most beloved Blues acts treading the boards today is Mindi Abair and The Boneshakers. While Mindi rose to prominence as a Grammy-nominated and respected sax player, her collaboration with Randy Jacobs and his band The Boneshakers has been her focus since 2015.  “We were bringing our best selves to this marriage of musical forces and hopefully rising up to be something transcendent that we couldn’t find on our own.” Mindi told Discussions Magazine. “Randy is one of the best performers I’ve ever seen in my life. I first met him playing in a rock band that mid-guitar solo he did a perfect back flip into the audience… landed it… and kept playing. It was so rock star. That personifies him. He’s sheer electricity and he and I have always had huge chemistry on stage. He inspires me. They all do!” 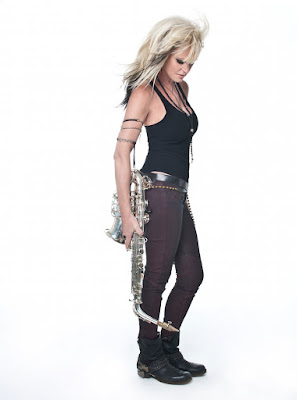 On their 2019 album, NO GOOD DEED, Mindi and the band turn up the heat and offer a platter filled with songs that sound like they were torn from the pages of our lives. NO GOOD DEED is an album that celebrates life, love, and friendship while weaving in heartache and the darker side of reality. It is an album that sounds both fresh and familiar at the same time.  It is an honest record that reflects the emotions that we all experience – both the highs and the lows. Mindi: “There are songs that I sing that certain lines choke me up every night. I hate that I feel it so much I can’t control that. It doesn’t make for great vocal takes. But it lets me know that I’m telling the truth… that I mean what I’m singing and it’s real to me.”

While the days of Dustbowl Blues may be in our rearview mirror, Mindi Abair and The Boneshakers still create earthy Blues that we can enjoy, understand, and feel… 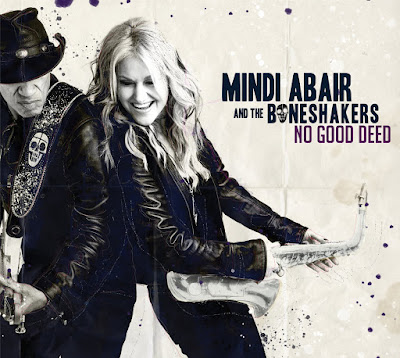 MINDI ABAIR AND THE BONESHAKERS
NO GOOD DEED