Years before it became a name for a mobile video rental service, Red Box was a band. To be more precise, British Pop outfit Red Box released their debut single – “Chenko” – in 1983. Since then, they’ve only managed to release four albums, but what they lack in quantity, they certainly make up for in quality. Red Box is a staggeringly original outfit that mixes everything from classic Pop to Native American chants, from World Music rhythms to winsome sing-along melodies. Whether the song is bright and upbeat or slow and somber, there’s always a feeling of pure passion that inhabits Red Box recordings.


Initially, Red Box was a duo comprised of vocalist and guitarist Simon Toulson-Clarke and multi-instrumentalist Julian Close. Their debut album, THE CIRCLE AND THE SQUARE, was released in 1986. In some ways, the album was the rambunctious musical offspring of Peter Gabriel’s SO and Kate Bush’s THE HOUNDS OF LOVE. Mixing then-modern technology with World rhythms and addictive melodies, THE CIRCLE AND THE SQUARE was a marvel of an album that spawned a few hit singles in many countries but avoided bothering U.S. charts. By the time Red Box returned in 1990 with the MOTIVE album, Julian had left the band and Red Box became a collective headed by Simon. This sophomore release was less jubilant than the first album but was filled with melodies that were warm and lovable. Another 20 years passed before Simon and Red Box returned with PLENTY, an album that was their most direct and personal to date. Filled with gorgeous melodies, PLENTY continued the less frantic feel of MOTIVE with melodies that seemed to drip from the heavens. Always beautiful but sometimes heartbreaking, PLENTY was worlds away from the joyful jive of THE CIRCLE AND THE SQUARE but was certainly just as worthy. 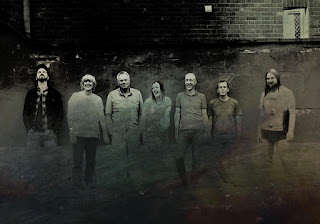 Now, nearly a decade later, Simon brings Red Box up to date with their fourth full-length, CHASE THE SETTING SUN. This is an album that pulls all the best elements of their past, offering up a set of songs that are sparkling and new yet retain all the musical benchmarks that drew us to Red Box in the first place. Regardless of when you first got into the band, this album has something for everybody.

The album starts off with three of the catchiest Pop anthems you’ll hear all year: “This Is What We Came For,” “Chase The Setting Sun,” and “Gods & Kings.” While there have been some great albums released in 2019, you’d be hard-pressed to find a better triple-thronged Pop attack to open an album. While not as musically eclectic as tracks off their debut album, these three songs will remind you why we need more Red Box in our lives.

“Why So Few” and “Say You Will” slow down the pace a bit, offering up some beautiful melodies that will swirl around inside your head for days before finally settling in your heart for the long haul. Simon Toulson-Clarke’s ability to inject life-affirming melodies into anthems and ballads is astonishing at times.

If you are a fan of Red Box’s more adventurous music, then you’re in for a treat with the remainder of the album. “Ho Ho!” brings back the tribal rhythms and American Indian chants in grand fashion, but mixes it with a glammy Rock groove. “99 Stars” is an eclectic lullaby that children can sing aloud while the adults allow its gorgeous melody to ping-pong around inside their heads for days. “Hurry” is a lovely mid-tempo track that is warm and inviting, mixing PLENTY’s tenderness with the debut album’s worldly musical vision. “Starwalker” is another foray into glammy chants and glorious Pop melodies. “Shadows & Wildrose” is a folky ballad that floats above the ether, inviting the listener to open their minds and follow along. “Everybody’s Got Some Disguise” is a gem of an album closer, blending the moody vibe of the MOTIVE album with more warmth.

In the end, CHASE THE SETTING SUN is everything you wanted a new Red Box album to be… and then some! Like lullabies for grown-ups, the melodies on this album whirl and twirl like audio acrobats around the room. There are enough “la la la’s,” “da da das” and “hey yah yahs” on CTSS to keep you singing along for days. Whether you are a longtime fan or not, this is an album that you need to listen to… loudly. It is cotton candy for the ears and a tonic for the soul. It is a layered and powerful musical statement that is pretending to be a simple Pop album. And it is glorious! 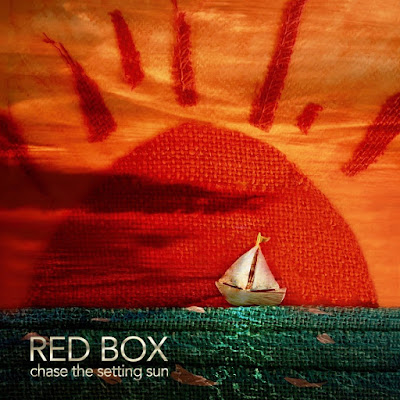