We are so very lucky that Redd Kross exists. Formed by brothers Jeff and Steve McDonald in 1978, the band has gone through numerous line-up shuffles – plus a few name changes (from The Tourists to Red Cross to Redd Kross) – over the decades. However, the band’s love of classic Pop, Punk and Rock ‘n’ Roll and their fascination with everything pop culture has made them one of the most beloved bands by anyone ‘in the know’. Better yet, they appeal to a wide spectrum of fans – from Punk to Power Pop. Redd Kross fans might be the same ones you’ll see at a Black Flag show or a Cheap Trick gig. And more than likely, the band’s fans own records by Annette Funicello, adore Peter Sellers movies, and prefer Quisp over Quake cereal. Redd Kross represent the fun side of life. There might still be heartbreak and sorrow in Redd Kross’ universe but nothing that a Buzzcocks 7” single can’t cure!


Since their 1982 debut album BORN INNOCENT in 1982 (named after the Linda Blair movie of the same name), Redd Kross has released a series of album that were embraced by music lovers but somehow escaped the clutches of the #1 spot on the Billboard 200 chart. While not exactly prolific, the McDonald brothers have certainly remained busy over the years in between album releases. There have been side projects – The Tater Totz deserves mention – and they’ve played on many other albums and toured with various bands. Jeff and Steve’s connection to the L.A. music scene extends to non-musical ventures as well –  Jeff is married to Charlotte Caffey (The Go Go’s) and Steve is married to That Dog’s Anna Waronker.  While Redd Kross’ albums are beloved and adored by their fanbase, the band takes their time in releasing them. Their last studio album, RESEARCHING THE BLUES, was unleashed seven years ago and in that time, we’ve witnessed the rise and fall of many lesser musical artists. But have no fear, music fans, because the mighty Redd Kross returns in the sweltering summer of 2019 with BEYOND THE DOOR… 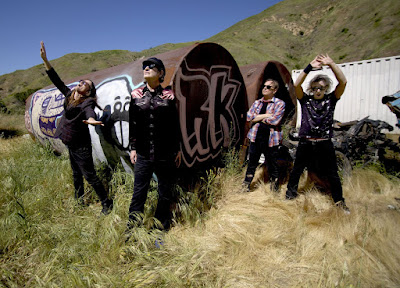 BEYOND THE DOOR is everything you’d expect from a Redd Kross album. And more. It is powerful Pop with a punky attitude. To say that that band has matured over the years would be typical of a review about an album by a band four decades deep into their career… but it is the gosh darned truth! They are still playful and have fun with the music but their focus is more on creating glorious pop vignettes that are timeless and not tied down by any specific genre.  The Power Pop crowd are going to claim this as their own. The aging Punk kids are going to do the same. Alternative Rock fans will call dibs on the album as well. In any case and no matter how you want to classify it, BEYOND THE DOOR is a stellar album that the McDonald brothers – and their band mates Jason Shapiro (guitar) and Dale Crover (drums) – should be damn proud of. A cover of the Henry Mancini-penned theme from the 1968 Blake Edwards film THE PARTY opens the album and it is all uphill from there. You’ll hear echoes of Cheap Trick, KISS, L.A. Punk, Glam, etc. It is like listening to a smorgasbord of delicious audio treats. Highlights include “There’s No One Like You,” “Jone Hoople,” “What’s A Boy To Do,” “The Party Underground,” and the title track. But that is just skimming the surface – the deeper you dive into BEYOND THE DOOR, the more often your favorites will change.  And that, my friends, is the sign of a great album! 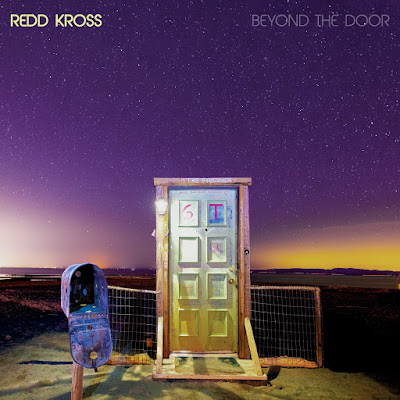