STEPHEN SPAZ SCHNEE: Your long-awaited album PLAYING FAVORITES is now released. How are you feeling about the way the album turned out and the reaction so far?
LOUISE MANDRELL:  I’m very proud of PLAYING FAVORITES.  I recorded songs that were special to me. My biggest surprise is how many people have reached out with their stories and memories relating to these songs.


SPAZ: You took a 30-year hiatus from recording. Were there other times that you were tempted to jump back in the game, and why did now seem like the right time for you?
LOUISE:  I did not realize it had been 30 years until someone mentioned it in an interview. The desire to record again came from my friend and manager Clint Higham, who suggested recording songs that I grew up with.

SPAZ: The music industry is constantly evolving. Were you initially nervous to head back into the studio to record an album that was rooted in the past, both literally and figuratively?
LOUISE:  I love Country Music old and new.  It’s important to have change in any business including the music business but it’s also important to remember and appreciate where we came from.

SPAZ: While ‘modern Country’ seems to sometimes move away from age-old Country Music traditions, your new album embraces it wholeheartedly. From pedal-steel guitar to honky-tonk piano, PLAYING FAVORITES has it all. Is this where you feel most comfortable as an artist and song interpreter – in the midst of tradition?
LOUISE:  I love all kinds of Country Music.  I have certainly enjoyed performing different styles through recording, touring and production shows.  This album is special because it’s full of songs that are so personal to me.

SPAZ: Out of all the great songs here – including “The Race is On,” “Ring Of Fire,” “Hello Darlin’,” “You Don’t Know Me,” etc. – is there one song and/or performance that stands out as your ultimate favorite on the album?
LOUISE:  “You Don’t Know Me” has to be my favorite on the album.  It’s also the song that I’m hearing the most stories about; always from someone who nursed a broken heart. 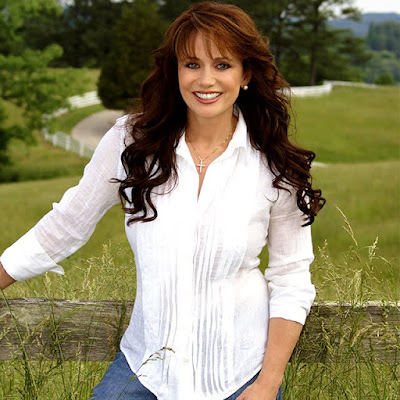 SPAZ: While inspired by Willie Nelson’s version of “Always On My Mind,” your version feels like it is closer to Elvis’ original 1972 version. Were you a fan of his version as well?
LOUISE:  Of course!  I don’t know anyone who is not a fan of Elvis Presley.  I was influenced by both of these exceptional performers.  For several weeks, while recording the Barbara Mandrell and Mandrell Sisters television show, you could not turn on the radio without hearing “Always On My Mind” by Willie Nelson.  Like everyone else in the world, I quickly learned every word and sang along while listening to the radio coming and going to work.  I must’ve been one of the first people to buy his album.  To this day, it takes me back to one of the most special times in my life when I had a chance to work with both my sisters. It’s wonderful how a song can bring back so many wonderful memories.

SPAZ: You worked with Buddy Cannon on PLAYING FAVORITES. What was that experience like? And were you involved in all aspects of the recording process?
LOUISE:  Buddy Cannon took a detour from recording major artists like Kenny Chesney.  It was a very collaborative process and we enjoyed sharing the musical trip back in time.  Buddy was a lot of fun in the studio and easy to work with.

SPAZ: Ultimately, the album sounds warm and intimate and you sound like you are comfortable and excited to be recording again. Are you anxious to reconnect with your fans and make some new ones along the way?
LOUISE: I love music!  It has the power to celebrate with you or help you through a difficult time.  I’m the happiest when I can share.  My friends tease me because I don’t like to be alone.  I guess that’s why I love entertaining so much. I love the people.

SPAZ: What are you currently spinning on your CD/record players?
LOUISE:  I’m fortunate that my CD player in my car holds several.  It definitely has a wide variety.  It’s difficult for me to pick a favorite artist, it’s like choosing a favorite sister! LOL.

Thanks to Louise Mandrell
Special thanks to Thomas Hemesath, Joe Van Horn, and Dave Rayburn 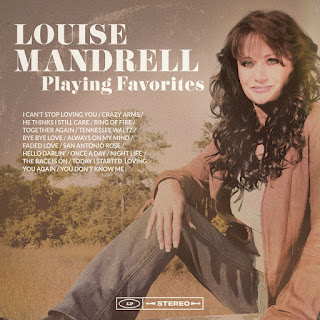