SPAZ: While your roots are in Country Music, there is so much depth in DESERT DOVE. Musically, it is just as much Fleetwood Mac’s RUMOURS as it is anything by someone like Emmylou Harris. Which artists do you credit as your main influences?

MICHAELA: Ah, thank you! Here’s an example of what I was just talking about! 🙂 I’ve always had a vast range of musical influences. I went to a Jazz conservatory but grew up on Country, Pop, musical theater. It’s always been confusing for me how to blend that all in a cohesive way. Fleetwood Mac and Emmylou Harris are definitely both big influences for this record. As are Lucinda Williams, Linda Ronstadt, Shania Twain as well as War On Drugs, SZA and Tame Impala.
SPAZ: The album is a collection of beautiful songs that are as emotional as they are melodic. When recording this set of songs, did you already have an idea of the musical direction of the album or did it all evolve organically?
MICHAELA: I basically told my producers I wanted to make a record that I would love to hear… one that blends the feeling of ‘90s pop country singers like Shania Twain, the Dixie Chicks, Patty Loveless but with a modern element and vibe that would evoke the same type of feeling I get when I listen to my favorite records like Rayland Baxter, War On Drugs, etc. They can seem very far apart aesthetically and I had no idea if it would make any sense but it “felt” right to me…. and I felt like Kelly and Sam did get it. 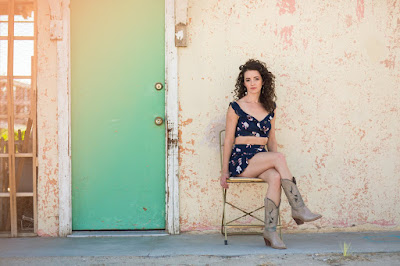 SPAZ: The album was produced by Sam Outlaw and Kelly Winrich (Delta Spirit). How did you decide on working with them to help create DESERT DOVE?
MICHAELA: I toured with Sam for a while and really clicked on both loving ‘90s R&B and Pop Country… just a lot of similar tastes in music that kind of inspired my ownership of loving whatever music it was that I still love even if it’s from my childhood or not seen as “hip”. We both also believed in albums that have an arc and don’t have one same sound. Kelly was an old friend of Sam’s and we all ended up on one last tour together. Sam had suggested them as a team. I kind of blew it off initially as a joke but the more I thought about it the more I thought I should give it a try because I figured it would definitely be different than what I’ve done in the past. We did a trial run of two days and knocked out “One Heart” and “I’m Not the Fire.” It was easy and seamless so I was sold.

SPAZ: How did the recording of the album differ from your previous releases?
MICHAELA: Well, I had never done a ‘location’ recording. We all stayed at the studio which is located in San Clemente, CA looking out over the ocean. It was pretty idyllic to not drive home every night and have to make sure my cats are fed, clean the house, etc. So, it was unique to get to just 100% focus on the music. I also had never worked with two producers before which was really great. Kelly comes from the indie rock world, engineers, plays a bunch of instruments, sings and writes songs so he was kind of the magic sauce to me. He brought a lot of the ambient sounds, synths etc. which I love but have never really worked with much before.

SPAZ: What inspired the songs that make up DESERT DOVE? It sounds very personal yet still so easy for listeners to connect with.
MICHAELA: Well…. life. Ha! I mean… yes most of these songs have a deeply personal element to them whether they are specifically about me or not. I’ve always loved how Lucinda Williams’ writing feels so personally detailed and storied and yet the detail is what makes it so universal. My lifelong goal as a songwriter is to always just dig deeper and say the stuff that scares or embarrasses me. I wanted to do that on this record without fear of what close friends and family might think or question… just lay it out there with stories that hopefully somebody will feel connected to. I’m really attracted to the messy parts of life that we all like to gloss over and pretend don’t really exist (i.e. the age of Instagram). I think contradictions, conflict, confusion, pain, shame… it’s all there for all of us and I really believe the more we shed light on it and share, the easier it all gets so that’s what I think drives a lot of the songs on this record. 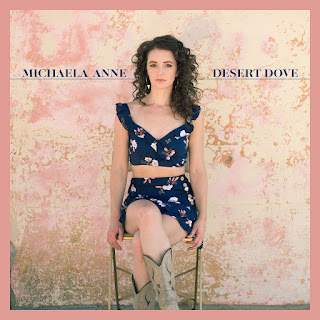