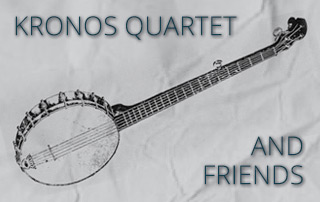 Folk and protest music, for the most part, are timeless. There are certain songs that may focus on a particular incident in history, but most Folk-oriented ‘protest’ songs address universal issues that are still sadly relevant. When you sit down today to listen to a classic by Pete Seeger, you suddenly realize that the more things have changed, the more they’ve remained the same. Seeger is associated with his social activism and his amazing cache of songs – that he wrote or co-wrote – including “If I had A Hammer”, “Where Have All The Flowers Gone?”, “Kisses Sweeter Than Wine”, and “Turn! Turn! Turn!” Just as beloved as iconic singer/songwriter Woody Guthrie, Seeger’s songs came from the heart, although some speculate that they may have been sent from somewhere more magical and/or mystical. For decades, his words and melodies have become part of pop culture. They are important cornerstones in the soundtrack of our lives. Pete Seeger remains an icon that all of us should always hold in high esteem. His words were often direct, sending messages for all of us to take to heart. However, the musical arrangements were – and are – often left to reinterpretation…

And that’s where Kronos Quartet comes in. Formed in Seattle, Washington in 1973 by violinist David Harrington, the Grammy Award-winning quartet is often filed under Classical Music, but as they’ve proven time and time again, Kronos Quartet is often unclassifiable. They’ve tackled everything from Jazz to Pop, Avant-Garde to World Music. They have also collaborated with an impressive cast of artists in the past including Elvis Costello, Phillip Glass, Joan Armatrading, Laurie Anderson, Nelly Furtado, and Nine Inch Nails. Since their first album in 1979, Kronos Quartet has embraced change and growth. Instead of taking the easy road straight down the middle, this outfit has taken every off-ramp and explored each musical town before getting back on the road and heading for the next musical adventure. Their catalog is wildly diverse and thoroughly engaging. Like Pete Seeger, Kronos Quartet creates music that touches the listener emotionally. It is truly inspiring.

Kronos Quartet may create music that seems – on the surface – worlds apart from Pete Seeger, that hasn’t stopped Harrington & Co. from exploring his classic songs on LONG TIME PASSING: KRONOS QUARTET & FRIENDS CELEBRATE PETE SEEGER. The album features a fresh approach to Seeger’s music but still retains the power of his initial cries for unity and peace, driving Seeger’s messages home in fresh, new ways. On the album, Kronos Quartet is joined by friends Sam Amidon, Maria Arnal, Brian Carpenter, Meklit, Lee Knight, and Aoife O’Donovan, all of whom add their unique voices to the recordings. The songs on LONG TIME PASSING – “We Shall Overcome”, “Which Side Are You On”, “Turn! Turn! Turn!”, “The President Sang Amazing Grace” and more – were written years before many of us were born yet they are still as relevant as ever. One would think that the world would have evolved over the years, but like the planet itself, everything just keeps spinning and the issues we deal with – from personal to political – just get recycled over and over again. We should turn off the TV, put down our smart (?) phones and really listen to the messages on LONG TIME PASSING. We shall overcome, indeed.