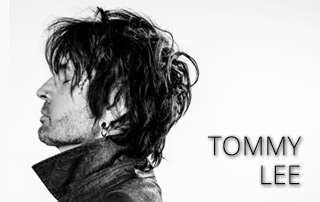 When a major Rock band splits up, most people expect the lead singer/frontman to be the breakout star while all of his former bandmates struggle to keep themselves in the public eye. However, this is Mötley Crüe that we are talking about… and Mötley Crüe is no ordinary Rock band. Known for their hard rocking hits in the ‘80s and their offstage debauchery, the Crüe became one of the most popular bands in the Hard Rock and Heavy Metal genre. One of the most astonishing things about the band is that they were able to maintain their credibility while also becoming hugely successful and one of MTV’s most popular bands. And for a Hard Rock band to maintain their integrity while also being commercially successful was a rarity in the ‘80s – very few bands knew how to maintain that balance. And you have to admit, Mötley Crüe deserves a lot of credit for thriving and surviving… at least through the ‘80s.

The public first learned about Mötley Crüe’s inner turmoil when lead vocalist Vince Neil left the band in early 1992. While Mötley Crüe continued with a new vocalist and Vince pursued a solo career, their releases did not sell as well as expected and Vince eventually rejoined the band. However, even while their main band was back together, bassist Nikki Sixx and drummer Tommy Lee pursued musical projects outside the Crüe’s universe. While Sixx continued down a Rock ‘n’ Roll path with Sixx A.M., drummer Tommy Lee took a far more eclectic solo path. From Hard Rock to Punk, Nu Metal to Hip Hop, Tommy approached his various solo recordings and side projects with the same manic energy that he exhibited in the Crüe. He even guested on album by a wide variety of artists including Fall Out Boy, Richard Marx, The Smashing Pumpkins, Rob Zombie, Post Malone, Fuel, Jack’s Mannequin, and others. Since the late ‘90s, Lee has continued to work with Mötley Crüe, yet still finds time to record and release solo albums as well as albums with Methods Of Mayhem and Rock Star Supernova. With each release, he has continued to explore and experiment with many genres of music.

On his 2020 album ANDRO, Tommy Lee rounded up a cast of vocalists and musicians and created a Hip Hop-influenced album that couldn’t be more different from Mötley Crüe yet still manages to retain the same restless energy and bravado as anything else he’s done over the last 40 years. From the scream-filled Rock blast of “Knock Me Down” (featuring Killvein) to the dark cover version of Prince’s ‘When You Were Mine” (featuring Rock Star Supernova vocalist Lukas Rossi), ANDRO is a sonic blast of edgy, blissed-out Hip Hop ‘n’ Roll. Other guest vocalists on the album include PAV4N, Josh Todd, Mickey Avalon, Brooke Candy, Moonbounce, King Elle Noir, PLYA, Push Push, and Shotty Horroh. The album is modern and sleek while still playing it dirty and dangerous. Tommy Lee has certainly done some surprising and unpredictable things in his life, and it’s nice to see that he’s still challenging himself and his fans.