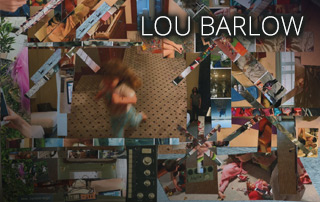 Lou Barlow has been a part of the indie music scene for nearly 40 years. Born in Dayton, Ohio – best known as the birthplace of great funk bands like Ohio Players, Slave, Lakeside, and Zapp – Barlow had relocated to Westfield, Massachusetts, where he attended high school. His first band was Deep Wound, a hardcore punk band that featured drummer J Mascis. After Deep Wound split in 1984, Barlow and Mascis – who moved to guitar and vocals – decided to form a new band called Dinosaur. After they released their first record, they were legally forced to change their name thanks to a rock outfit that already operated under the name Dinosaur. Instead of creating a new and fresh band name, they merely added ‘Jr.’ to their moniker and went on to become one of the most influential bands in indie/alternative rock history. Being a songwriter in a band that already had a main songwriter meant that Barlow had more material that could fit on a Dinosaur Jr. album. Because of this, Barlow formed Sebadoh, a lo-fi side project with multi-instrumentalist Eric Gaffney. When Barlow left Dinosaur Jr. in 1988, he focused all his attention on Sebadoh.

Sebadoh was not Dinosaur Jr. Jr. Musically, Barlow took Sebadoh to many different musical places while not traveling too far from his Dino Jr. roots. In fact, Sebadoh’s earliest recordings sounded closer to lo-fi pop pioneer R. Stevie Moore than J Macis. When Jason Lowenstein joined the band, their alt-rock excursions brought the band’s eclectic acoustic-based rock power into focus and the band’s commercial profile began to rise. Albums like BUBBLE & SCRAPE (1993) and BAKESALE (1994) were critically successful, and the band became indie heroes. Barlow then took a detour with another side project, the Folk Implosion, who scored a Top 40 hit with the song “Natural One”. Barlow was also recording lo-fi releases under the band name Sentridoh while working with Sebadoh and The Folk Implosion. However, Sebadoh went on hiatus after 1999’s THE SEBADOH while the Folk Implosion’s final studio release – so far – was 2003’s THE NEW FOLK IMPLOSION. Surprisingly, Lou reunited with Dinosaur Jr. in 2005 and they have recorded and toured sporadically ever since. Oh, and there’s dozens of other releases and projects that he’s been involved with that haven’t even been mentioned here. Whew! The only person more prolific than Lou Barlow is Robert Pollard, who has probably released three albums and a 7” single in the time it took you to read this paragraph!

While Lou contributed two songs to SWEEP IT INTO SPACE, the 2021 album by Dinosaur Jr., he presents 17 tracks on REASON TO LIVE, his first proper solo album in six years. Like an amalgamation of all of his musical projects, the album sounds both fresh and comforting, shambolic and shiny. REASON TO LIVE is a collection of songs that have a certain chemistry – the songs are musical pieces that needed to come together to create a whole. Does it sound like Sebadoh, Sentridoh, or the Folk Implosion? Of course not. But, at the same time, elements from all of those musical projects are alive and well because they are all part of Lou Barlow’s musical journey. The lo-fi mix of acoustic folk and indie rock help to create an album that sounds deeply introspective yet very open and warm. Songs like “In My Arms”, “Why Can’t It Wait”, “Over You”, and “Lows and Highs” are immediate highlights, but the more you listen, the more you’ll be drawn into Barlow’s new musical vision. And anyone with a song titled “All You People Suck” deserves an honorary entry into the Rock and Roll Hall of Fame.  REASON TO LIVE is an album that could only have been created in these uncertain times… yet it sounds remarkably timeless.