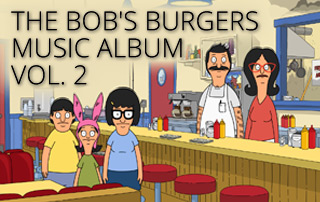 Animated projects aimed at adult audiences have been around since the 1930s when LOONEY TUNES cartoons played in movie theaters all over the country. While children have embraced all the characters in the decades since they were first appeared on screen, many of original ‘messages’ in the cartoons were aimed at an older audience. And while they are now aimed at a much younger audience, when THE FLINTSTONES first aired in 1960, it was in Prime Time and aimed at an older audience. There are many other examples over the years, but not many made as much of an impact as THE FLINTSTONES. The 1989 premiere of THE SIMPSONS changed the animation game forever. Things really started heating up in the early 1990s when REN & STIMPY debuted on Nickelodeon in 1991. And let’s not forget BEAVIS & BUTTHEAD, which debuted in 1993 on MTV. Ever since then, adult-oriented animated series have become enormously popular: THE KING OF THE HILL, SOUTH PARK, FAMILY GUY, AMERICAN DAD, RICK AND MORTY, FUTURAMA, the updated SPACE GHOST, and many others.

One of the most popular animated series over the last 10 years is BOB’S BURGERS. Created by Loren Bouchard, the show premiered in January 2011 and was an immediate hit. While the show’s overall focus is on family, it revolves around a burger joint run by the family. In just 10 years, the Emmy-winning show has spawned a merchandising franchise which includes action figures, comic books, board games, puzzles, stickers, books, apparel, and so many other collectable items. In essence, the show has become a phenomenon. BOB’S BURGERS has been named one of the 60 Greatest TV Cartoons of All Time by TV Guide. In 2017, Sub Pop Records released THE BOB’S BURGERS MUSIC ALBUM, which featured music from the first six seasons of the TV series. The album was remarkably successful, proving that the show has not lost any steam… and that they’ve got a team of writers creating original songs that have remained ear worms for years.

The long-awaited follow-up album, THE BOB’S BURGERS MUSIC ALBUM VOL. 2, has now arrived and it does not disappoint. Available on two CDs or three vinyl LPs, this release contains 90 tracks pulled from seasons 7, 8, and 9 of BOB’S BURGERS and is remarkably varied. From Broadway musical-influenced songs to Disco, Melodic Rock, Pop and other genres, the songs are perfect musical parodies. The songs will remind fans of some of their favorite moments from the TV series yet many of the songs do stand up on their own if you’ve never seen the show. It is always recommended to catch an episode or 50 to become familiar to the characters on the album, voiced by H. Jon Benjamin, John Roberts, Dan Mintz, Eugene Mirman and Kristen Schaal.  On THE BOB’S BURGERS MUSIC ALBUM VOL. 2, you’ll also be able to catch performances by Adam Driver, Tiffany Haddish, Jenny Slate, Daveed Diggs, Max Greenfield, Toddrick Hall, Aparna Nancherla, and Matt Berninger (of the National). A perfect release for fans of the show and of quality music, comedy or otherwise.