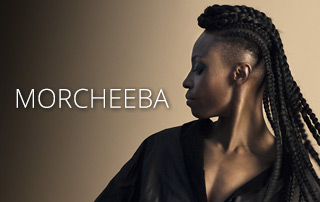 One of the most attractive features of the Trip Hop genre was it’s haunting quality. While closely associated with the Downtempo and Chill movements, the best Trip Hop provided beauty with an unsettling edge. Listening to Trip Hop should be like walking into an ancient mansion – you are wrapped in beauty but you can feel the presence of something else. The Chill is replaced by chills. And THAT is what makes Trip Hop special. And Morcheeba continues to be the genre’s most consistent and beloved bands – they put the ‘trip’ in Trip Hop.

London’s Morcheeba formed in the mid-1990s and included vocalist Skye Edwards with brothers Paul and Ross Godfrey. One of the Trip Hop genre’s biggest acts, Morcheeba mixed Electronica, Rock, Folk-Rock and Downtempo into a tantalizing brew. Two of their eight previous albums reached the Top Ten in the UK and their sound influenced a generation of music fans and musicians. Skye left the band for a few years but rejoined in 2009. Paul resigned from the band in 2014 but Skye and Ross have carried on with the band’s unique musical vision. And in 2018, they return with a new music that still includes echoes of their old sound but continues to move forward. 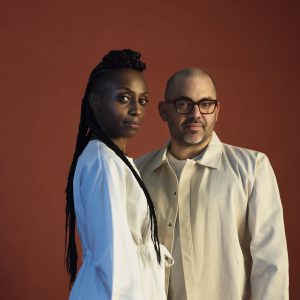 BLAZE AWAY, their ninth album overall, is the band’s first in five years. The album combines the modern approach of the band’s last few full length releases with their classic Trip Hop sound. The most obvious example of this new direction is the album’s title track, “Blaze Away,” a collaboration with British rapper/producer Roots Manuva. Morcheeba and Roots Manuva rose to fame at roughly the same time so the combination of their talents is a look back and step forward at the same time. This Morcheeba set is as experimental as ever which means it never stays in the past too long –  this is NOT a journey down retro avenue! “Never Under,” “Find Another Way,” and “It’s Summertime” are just a few highlights. BLAZE AWAY is an album that sounds as fresh as anything else you’ll hear this year. 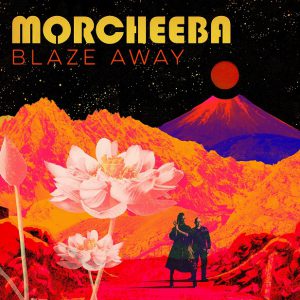