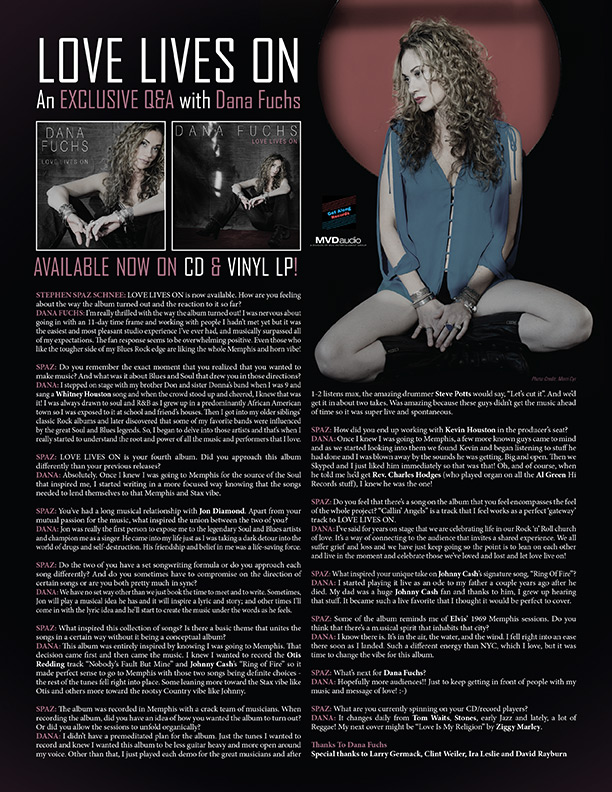 STEPHEN SPAZ SCHNEE: LOVE LIVES ON is now available. How are you feeling about the way the album turned out and the reaction to it so far?
DANA FUCHS: I’m really thrilled with the way the album turned out! I was nervous about going in with an 11-day time frame and working with people I hadn’t met yet but it was the easiest and most pleasant studio experience I’ve ever had, and musically surpassed all of my expectations. The fan response seems to be overwhelming positive. Even those who like the tougher side of my Blues Rock edge are liking the whole Memphis and horn vibe!

SPAZ: Do you remember the exact moment that you realized that you wanted to make music? And what was it about Blues and Soul that drew you in those directions?bbbbbbbbbbbbbbbbbbbbbbbbbbbbbb
DANA: I stepped on stage with my brother Don and sister Donna’s band when I was 9 and sang a Whitney Houston song and when the crowd stood up and cheered, I knew that was it! I was always drawn to soul and R&B as I grew up in a predominantly African American town so I was exposed to it at school and friend’s houses. Then I got into my older siblings’ classic Rock albums and later discovered that some of my favorite bands were influenced by the great Soul and Blues legends. So, I began to delve into those artists and that’s when I really started to understand the root and power of all the music and performers that I love.

SPAZ: LOVE LIVES ON is your fourth album. Did you approach this album differently than your previous releases?
DANA: Absolutely. Once I knew I was going to Memphis for the source of the Soul that inspired me, I started writing in a more focused way knowing that the songs needed to lend themselves to that Memphis and Stax vibe.

SPAZ: You’ve had a long musical relationship with Jon Diamond. Apart from your mutual passion for the music, what inspired the union between the two of you?
DANA: Jon was really the first person to expose me to the legendary Soul and Blues artists and champion me as a singer. He came into my life just as I was taking a dark detour into the world of drugs and self-destruction. His friendship and belief in me was a life-saving force. 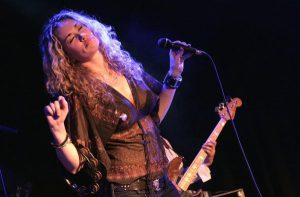 SPAZ: Do the two of you have a set songwriting formula or do you approach each song differently? And do you sometimes have to compromise on the direction of certain songs or are you both pretty much in sync?
DANA: We have no set way other than we just book the time to meet and to write. Sometimes, Jon will play a musical idea he has and it will inspire a lyric and story; and other times I’ll come in with the lyric idea and he’ll start to create the music under the words as he feels.

SPAZ: What inspired this collection of songs? Is there a basic theme that unites the songs in a certain way without it being a conceptual album?
DANA: This album was entirely inspired by knowing I was going to Memphis. That decision came first and then came the music. I knew I wanted to record the Otis Redding track “Nobody’s Fault But Mine” and Johnny Cash’s “Ring of Fire” so it made perfect sense to go to Memphis with those two songs being definite choices – the rest of the tunes fell right into place. Some leaning more toward the Stax vibe like Otis and others more toward the rootsy Country vibe like Johnny.

SPAZ: The album was recorded in Memphis with a crack team of musicians. When recording the album, did you have an idea of how you wanted the album to turn out? Or did you allow the sessions to unfold organically?
DANA: I didn’t have a premeditated plan for the album. Just the tunes I wanted to record and knew I wanted this album to be less guitar heavy and more open around my voice. Other than that, I just played each demo for the great musicians and after 1-2 listens max, the amazing drummer Steve Potts would say, “Let’s cut it”. And we’d get it in about two takes. Was amazing because these guys didn’t get the music ahead of time so it was super live and spontaneous.

SPAZ: How did you end up working with Kevin Houston in the producer’s seat?
DANA: Once I knew I was going to Memphis, a few more known guys came to mind and as we started looking into them we found Kevin and began listening to stuff he had done and I was blown away by the sounds he was getting. Big and open. Then we Skyped and I just liked him immediately so that was that! Oh, and of course, when he told me he’d get Rev. Charles Hodges (who played organ on all the Al Green Hi Records stuff), I knew he was the one! 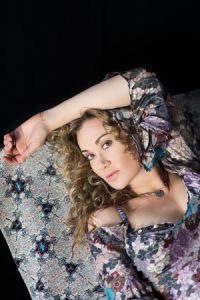 SPAZ: Do you feel that there’s a song on the album that you feel encompasses the feel of the whole project? “Callin’ Angels” is a track that I feel works as a perfect ‘gateway’ track to LOVE LIVES ON.
DANA: I’ve said for years on stage that we are celebrating life in our Rock ‘n’ Roll church of love. It’s a way of connecting to the audience that invites a shared experience. We all suffer grief and loss and we have just keep going so the point is to lean on each other and live in the moment and celebrate those we’ve loved and lost and let love live on!

SPAZ: What inspired your unique take on Johnny Cash’s signature song, “Ring Of Fire”?
DANA: I started playing it live as an ode to my father a couple years ago after he died. My dad was a huge Johnny Cash fan and thanks to him, I grew up hearing that stuff. It became such a live favorite that I thought it would be perfect to cover.

SPAZ: Some of the album reminds me of Elvis’ 1969 Memphis sessions. Do you think that there’s a musical spirit that inhabits that city?
DANA: I know there is. It’s in the air, the water, and the wind. I fell right into an ease there soon as I landed. Such a different energy than NYC, which I love, but it was time to change the vibe for this album.

SPAZ: What’s next for Dana Fuchs?
DANA: Hopefully more audiences!! Just to keep getting in front of people with my music and message of love! 🙂

SPAZ: What are you currently spinning on your CD/record players?
DANA: It changes daily from Tom Waits, Stones, early Jazz and lately, a lot of Reggae! My next cover might be “Love Is My Religion” by Ziggy Marley.

Thanks To Dana Fuchs
Special thanks to Larry Germack, Clint Weiler, Ira Leslie and David Rayburn 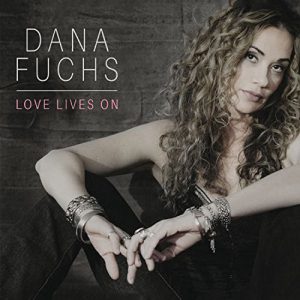