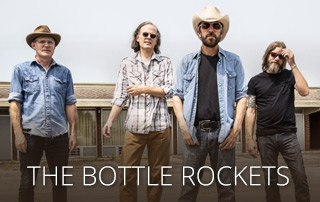 Mixing a midwestern drawl with a New York swagger, The Bottle Rockets are equal parts Rock, Americana, Roots, Blues, Country, and Folk. Falling somewhere between the witty storytelling of Randy Newman, the rollicking fun of NRBQ, and classic Country and Folk influences like Waylon Jennings, John Prine and many other legendary greats. BIT LOGIC – produced by Eric “Roscoe” Ambel (The Del Lords/Steve Earle & The Dukes) is an album that caters to no genre but isn’t afraid to take sides when necessary. Lead singer and guitarist Brian Henneman has enough confidence to walk the line between Country bravado and Rock pessimism, seemingly offering a wink and a raise of the glass as the last note of each song fades into the ether. To be honest, you can’t help but wave back in approval. 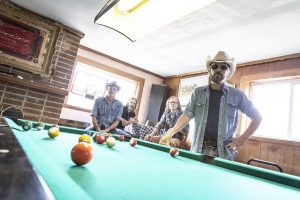 The album was recorded in St. Louis with Ambel. As timeless as it is fresh, BIT LOGIC is an album that acknowledges the band’s inability to follow trends and ride whatever hipster wave is flowing through town at any given moment. And although they know exactly where they stand in the musical scheme of things, they also let the listener know that they don’t give a fuck about it.  This isn’t a bitter album at all – it is an album of acceptance. After nearly three decades, The Bottle Rockets have come to grips with the fact that they may never be chart toppers but they’re pretty happy to be your favorite band.