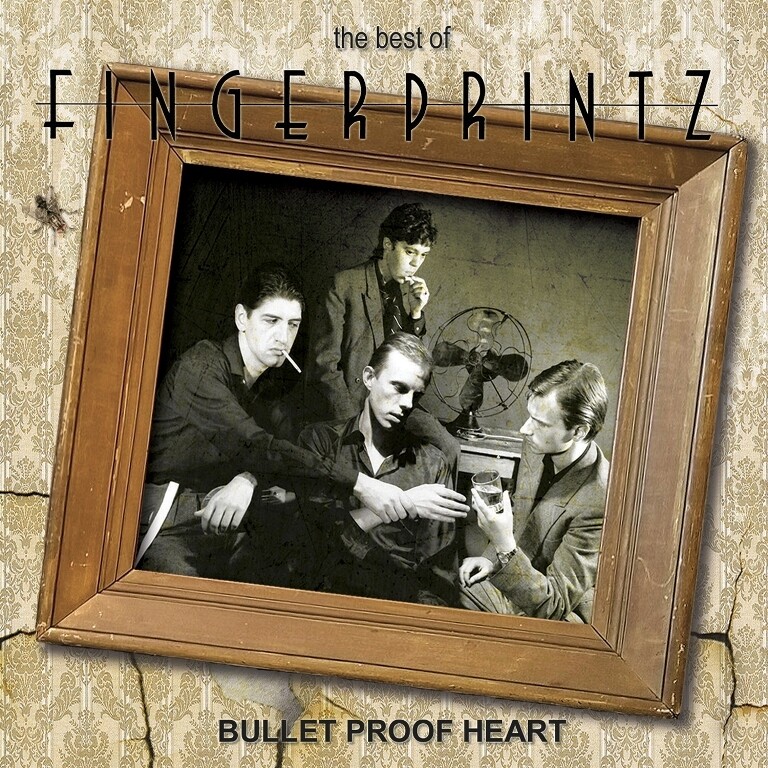 The Scottish music scene in the late ‘70s and early ‘80s was, for lack of a better term, amazing. While the ‘80s gave us glistening, glorious Pop from the likes of The Bluebells, Friends Again, Aztec Camera, Orange Juice, and loads of others, the roots of the Scottish Punk, Post-Punk, and New Wave scene started way back in 1977 or so. You know, when British bands like Sex Pistols, The Clash, The Jam, and all the other greats created a musical revolution. Punk Rock re-wrote the rule book, leading to dozens of new genres being created in a short period of time. One of the most endearing and enduring genres to rival Punk was something called Post-Punk. Relying less on melody and more on experimentation and mood, Post-Punk artists like Gang Of Four and PiL could still be abrasive without resorting to the Punk Rock stereotypes. And then there were bands influenced by Post-Punk that transcended the genre, bringing something new and exciting to the mix yet never achieving the acclaim they so richly deserved. Fingerprintz is one of those bands… but the three Scottish members of the band had to relocate to London before luck would bring them together. While they never quite connected with a larger audience, they certainly deserved fame, fortune, and a lifetime of adulation…

Their 1979 debut album, THE VERY DAB, was daring and different. Not exactly an album filled with Pop songs (it wasn’t supposed to be), O’Neill was still capable of writing some great tunes including “Tough Luck,” “Close Circuit Connection,” and “Hey, Mr. Smith”. Elsewhere, the band offered up great songs that leaned towards the angular and experimental. The distinct guitar sounds – reflected in the cool little riffs that floated in and out of the songs – fluctuated between menacing and melodic. Infused with the energy of Punk and a unique musical vision, THE VERY DAB was an impressive debut and sounded like nobody else at the time.

The following year, the band released their sophomore album DISTINGUISHING MARKS. Produced by The Motors’ Nick Garvey, this platter was a completely different ball of wax. Perhaps one of the finest Pop albums of the era, DISTINGUISHING MARKS was jam packed with hooks. While the dark, experimental bits were stripped away, the band still sounded very much like the Fingerprintz that made THE VERY DAB, only much more confident. Garvey’s big, bold production added power to the band’s sound and brought out their best side (just listen to The Motors, Bram Tchaikovsky, and The A’s second album for proof that Garvey had ‘the Midas Pop Touch’!) The single “Bulletproof Heart” brought the band much-needed attention but was far from the best song on the album. I mean, this album was loaded with classics including “Amnesia,” “Yes Eyes,” “Houdini Love,” and many more. While New Wave and Power Pop fans ate up every moment of DISTINGUISHING MARKS, success still eluded the band.

Now, here is where things get confusing. In 1981, the band released their third album, BEAT NOIR, in Europe. Sonically, the album sounded very much like the true spiritual follow-up to their 1979 debut album. The arrangements were once again sparse, the mood was darker and more experimental, yet the songs were more melodic and charming than some of the material on THE VERY DAB. The original 11 track BEAT NOIR is a phenomenal Post-Punk album that is filled with shade and shadows. And yet there, in the darkness, you could feel that something more rhythmic and funky was going on. It wasn’t blatant… but it was there. Once the album was released, Jimme wanted to explore the rhythmic funkiness even further so they recorded a few new tracks, and reshaped BEAT NOIR by removing a few tracks in order to add songs like “The Beat Escape” and “Get Civilized” to the running order. Rereleasing the album in many different territories, the new tracklist sounded like a shiny new beast, breathing new life into an already fine album. In the U.S., they removed a few more songs from the original tracklist, making it a shorter, more danceable album… which only confused the matter even more. Most U.S. fans have only ever heard the American version of the album which bared little resemblance to the original release.

And that was it. The band split and went their separate ways. Bogdan Wiczling and Cha went on to tour with Adam Ant on the FRIEND OR FOE tour as well as record and tour his VIVA LE ROCK album. Jimme and Cha later formed The Silencers in the ‘80s and achieved much more success than Fingerprintz ever did.

Surprisingly, over the years, not one single track by Fingerprintz has ever been officially released on CD – not even on an ‘80s compilation! For two decades, I have made suggestions to reissue labels, requesting a ‘best of’ or expanded editions of their albums but could never get any of them to commit. One label released an unofficial compilation mastered from vinyl, which, for a short time, was the only chance of owning Fingerprintz on CD. However, the tides have turned and I’m pleased to announce that Rubellan Remasters has just released the inspiring and downright wonderful THE BEST OF FINGERPRINTZ: BULLET PROOF HEART. Anyone into Post-Punk, New Wave, and Power Pop needs to own this collection!

First things first: this collection is digitally remastered from the original tapes and it sounds great. You no longer hear the slight vinyl distortion from your well-played copies of the original Fingerprintz vinyl LPs and 7” singles – the sound is crystal clear and really brings out the power of the original recordings. Even if you own the complete Fingerprintz catalog on vinyl, the punchy remaster gives these songs new life.

OK, I admit that some of my favorite Fingerprintz songs didn’t make the tracklist, but I prefer to focus on what IS here and not what is missing. “Bullet Proof Heart”, “Changing”, “Amnesia”, “Tough Luck”, “Get Civilized”, “Houdini Love”, “Who’s Your Friend”, “Close Circuit Connection”, “Yes Eyes”, and “Remorse Code” are just some of the life-affirming tracks you’ll find on this very healthy 22 track compilation. This is undoubtedly one of the best ‘reissues’ of the year. Fingerprintz deserve your love, respect, and attention and it is time you give it to them!