Maximum Velocity:
The Return of FASTBALL
Over two decades after the release of their  debut album, Austin-based trio Fastball is just getting started. Still
comprised of Miles Zuniga  (vocals/guitar), Tony Scalzo (vocals/bass) and Joey Shuffeld (drums), Fastball has nothing left to prove. They’ve achieved everything that  all bands strive for when they first get together – a record deal, tours, hits  (1998’s “The Way” is their biggest so far) and respect. Now that they’ve been  able to step away from the spotlight for eight years, they sound refreshed,  focused and re-energized. But please don’t call STEP INTO LIGHT a  comeback album. Comebacks are often desperate attempts at replenishing the bank
accounts by taking advantage of fans’ fond memories. Fastball is merely picking up the bat, taking a swing and knocking another one out of the park. STEP  INTO LIGHT is a fantastic album that reminds people just how good this band has always been. In fact, it may be their most consistent full-length  platter to date. The boys have a home run on their hands and they’ve left their  contemporaries – new and old – in the dust. Again.
Stephen  SPAZ Schnee was able to pitch some questions to Fastball member Miles  Zuniga, who graciously took the time to throw back some answers… 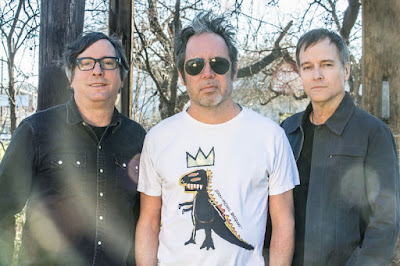 STEPHEN SPAZ SCHNEE: STEP INTO  LIGHT is just about to be released. How are you feeling about the album and the reaction to it so far?
MILES ZUNIGA: There’s a nice buzz around the record. We recorded it  a while ago so it’s nice to finally be able to share it with our fans.
SPAZ: This is the band’s first album in eight years. Did the band initially split up or were you on an extended hiatus?
MILES: We take long breaks to do other stuff but the band has never  broken up. It’s still the same three guys as it was on day one. Twenty-three years and counting.
SPAZ: Fastball has always been about ‘the song’ and STEP  INTO LIGHT might actually be your finest album to date. What inspired  this batch of songs? “Best Friend,” “I Will Never Let You Down,” “Step Into  Light,” “Frenchy And The Punk,” “Just Another Dream” and “Secret Agent Love”  are some of the best Fastball songs thus far.
MILES: Thanks. “Best Friend” was written way back in 2001. “Step  Into Light” I wrote in Venice Beach as the light was literally pouring into  this room I was in. It was a beautiful day in Southern California. “Frenchy and
The Punk” is a bit of surrealism inspired by the theme from Up. I was also  dating a French girl and I ran into Chris “Frenchie” Smith at a restaurant. He  ended up producing STEP INTO LIGHT with us and those two helped inspire the  lyrics.
SPAZ: The album perfectly balances the maturity of the band as a  writing/recording unit and the energy and charm that you possessed on your debut. Can it be difficult to get back to that feeling you had when you were
first starting out? Or do you feel more comfortable and confident at this stage in your career?
MILES: You can never go back. We’re pretty confident at this point in our career. The music just kind of flows. The stuff that doesn’t flow gets  left on the cutting room floor.
SPAZ: There’s a real sense of musical history that has always informed the music of the band. Some of the tracks on STEP INTO LIGHT recall Elvis Costello, Bob Dylan and many other classic songwriters yet they remain distinctly Fastball. What have been your influences over time?
MILES: Both of those guys as well as hundreds of others. For me, it’s The Beatles along with the  heavy metal I heard as a kid (AC/DC, Van Halen) along with Dylan, Tom Waits, Bowie, pretty much anything, It’s hard to pin down.
SPAZ: Did your early success allow the band the opportunity to experiment and grow on later records or have you ever felt that you had to conform to other people’s expectations because of your early hits?
MILES: We pretty much had one shot to try and emulate our hit songs and we never tried. We don’t know where the songs come from, it’s a mystery. Maybe we should’ve written a song called “Out Of My Way”. 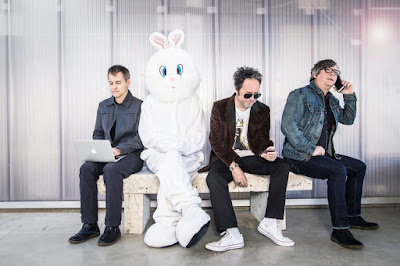 SPAZ: STEP INTO LIGHT almost feels like a rebirth of sorts for the band. Do you feel that way? And how difficult has it been to keep the original trio together for nearly twenty-five years?
MILES: I do feel like it is a rebirth, and I’m smart enough to know that we’ll never be here again, so surf’s up. We’ve taken a lot of time off. I  think that’s a big reason why it’s still the same three guys.
SPAZ: Since this is your first record in eight years, do you feel like you are starting from ground zero again? It
must help that you have a built-in fanbase but there’s a new generation of kids out there who are just about to experience Fastball for the first time with STEP INTO LIGHT. And does that add a sense of excitement to this release?
MILES: I don’t feel like we’re starting over. We have a passionate fanbase. We’re all way better musicians and we’re getting along better than we ever have. I feel like those kids are lucky because if they buy a ticket to see
Fastball they won’t be disappointed.
SPAZ: What’s next for Fastball?
MILES: Tour, tour, tour.
SPAZ: What are you currently spinning on your CD/record players?
MILES: The latest release from Tinariwen (ELWAN) has been getting a lot of spins on my turntable.
Thanks to Miles Zuniga
Special thanks to Steve Dixon, Dave Rayburn
and Nick Kominitsky