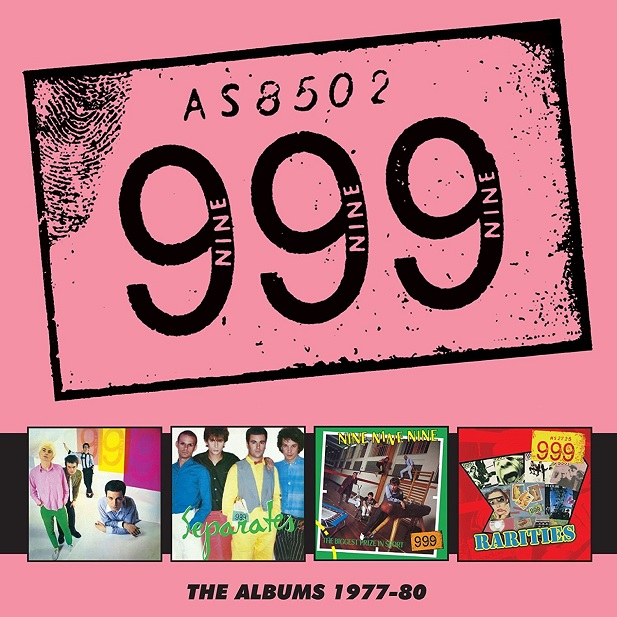 The band’s members – Nick Cash, Guy Days, Pablo LaBritain and Jon Watson – were originally part of (or influenced by) the Pub Rock scene of the early-to-mid ‘70s. When the UK Punk scene kicked into gear, 999 became a live force to be reckoned with. Their debut indie single “I’m Alive” became a Punk classic in late ’77, which led to a record deal with United Artists. Towards the end of that year, they released the “Nasty Nasty” single, which has become one of their best-known tracks. But could they hold their own over the course of an entire album? The answer, my dear friends, is YES!

Disc One of this box contains their classic self-titled debut album, originally released in early 1978. Featuring iconic 999 gems such as “Me And My Desire,” “Emergency,” “Chicane Destination,” and “Titanic (My Over) Reaction,” 999 is a classic platter fueled by adrenaline, snappy songwriting and a band of musical brothers completely in sync with each other.

Disc Two contains the even better SEPARATES album released towards the end of 1978. Martin Rushent’s production may have smoothed the rougher edges a bit, but it helped to accent the band’s knack for writing catchy hooks. Their enormously popular single “Homicide” is the lead track on the album and perfectly sets the tone for what was to follow. Nearly a ‘greatest hits’ collection, the album includes “Let’s Face It,” “High Energy Plan,” “Feelin’ Alright With The Crew,” “Tulse Hill Night” and more. This CD also includes both tracks that were contained on a free 12” single that you could order using a voucher that came with the album. 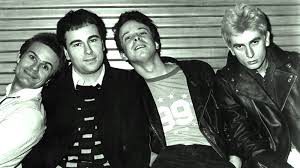 Disc Three includes the band’s 1980 album THE BIGGEST PRIZE IN SPORT, which found the band exploring new avenues (Pop, Reggae, Rock) while maintaining their Punk street cred. While the fury of Punk was wearing out its welcome on the charts, 999 took it to different places. With the addition of second drummer Ed Case (LaBritain was recovering from an injury) and the production talents of Vic Maile, this was the most easily accessible 999 album to date. “Hollywood,” “Trouble,” “Fun Thing,” “Inside Out,” “Boys In The Gang” and the title track are just a few of the highlights of this, their best full-length offering yet.

Disc Four in this set is entitled RARITIES and features non-album A and B-sides, single mixes/edits and live material (including the mini LP THE BIGGEST TOUR IN SPORT). From non-album hits like “Nasty Nasty” and “Found Out Too Late” to the rare raw single version of “I’m Alive,” this disc works extremely well on Its own.

THE ALBUMS 1977-80 is a blast from start to finish and will hopefully remind Punk pundits that they need to start including the name 999 in their conversations and don’t inject them as an afterthought. They deserve your respect, your devotion and your attention. And with 3/4ths of the band still intact (bassist Jon Watson left the fold in ’86), 999 are still out there making some noise.  Listen up! 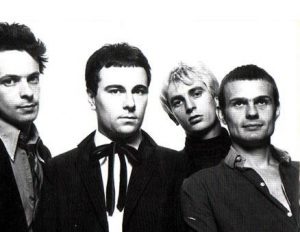 (NOTE: This box set earns even more brownie points for mentioning the ultra-obscure – but quite awesome – Little Bo Bitch in the liner notes!) 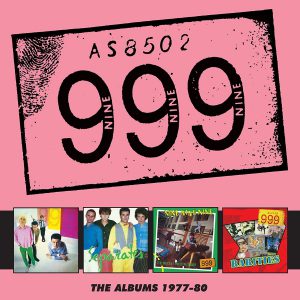