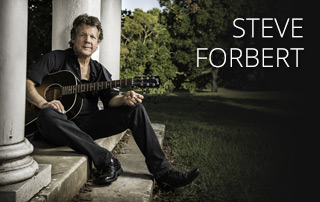 THE MAGIC TREE (Blue Rose Music) is another feather in his cap – an album that finds him reflecting on life, love and the world around him. However, this isn’t your typical Steve Forbert album. Originally, the release was meant to be a collection of unreleased demos that would accompany the release of his autobiography BIG CITY CAT: MY LIFE IN FOLK-ROCK (now available). However, the project turned into something a little bit different. Producer Karl Derfler took the demos into the studio, hired some of his musician friends and, with Forbert’s full co-operation and approval, overdubbed new tracks to the existing acoustic demos. Even though the songs were written and recorded over a long period of time (the earliest demo here is from the mid ‘80s), the album is lyrically and musically cohesive and an excellent addition to his catalog. 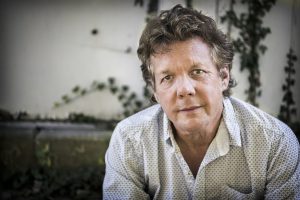 With his trademark raspy vocals and relaxed performance, THE MAGIC TREE touches on many different moods without sacrificing the Forbert charm. From the upbeat energy of songs like “Diamond Sky,” “Carolina Blue Sky Blues,” and “I Ain’t Got Time” to the heartfelt melancholy of “Lookin’ At The River In The Rain” and “Tryna Let It Go,” this is an album that is as honest as it is melodic. The album’s title track even gets two different arrangements, both of them adding a different feeling to the song. There are sly musical nods to Forbert’s past in the instrumentation but THE MAGIC TREE is its own beast. Even though it was initially envisioned to be a companion piece to his book, this album easily stands on its own as yet another great Steve Forbert release. With that being said, it also serves as a perfect soundtrack to BIG CIY CAT as well, so it is recommended that you purchase both! 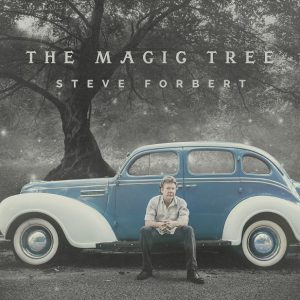