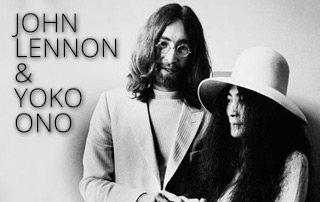 While John and Yoko did record proper music together in the ‘70s up to 1980, their three ‘60s releases were sound collages that were edited together to express thoughts and ideas in ways that John couldn’t do through his music. John expressed similar ideas on the audio mind-fuck that is “Revolution #9” on THE WHITE ALBUM but his work with Yoko is less dense and disturbing than that frightening audio cacophony. Each of John and Yoko’s albums where reflections of where they were at that point in their relationship and their lives. They expressed their thoughts through words and sounds. Possibly inspired by experiences with mind-altering substances, the albums were not created to ‘listen’ to on your hi-fi equipment – they were meant to be experienced. TWO VIRGINS exposed the early tumultuous days of their relationship without making direct references to the wave of negativity thrown in their direction by the press. LIFE WITH THE LIONS represented emotional growth while battling the emotional highs and lows of their lives. THE WEDDING ALBUM was the culmination of both while remaining a completely different beast altogether.

On THE WEDDING ALBUM, there are two side-long tracks: “John & Yoko” and “Amsterdam.” On “John & Yoko,” the two can be heard repeating each other’s names for 22+ minutes while a recording that blends their two heartbeats plays concurrently. The duo gets playful throughout, ranging from silly mumbles to ecstatic shouts. It is not necessarily a long-lost hit but if you admire the intense love they had for each other, it is certainly a testament to that. “Amsterdam” is nearly 25 minutes of field recordings pulled from their ‘bed peace’ stay in that fine city. On this track, you’ll hear interview snippets, a few moments of music (including John singing the first lines of “Goodnight” from THE WHITE ALBUM), and other soundbites that reflect their few days in Amsterdam. It is a fascinating listen and certainly of interest to those that want to understand just how John and Yoko viewed their lives at the time. On vinyl, the album’s elaborate box set packaging (originally designed by John Kos) has been reproduced in top notch quality and includes white vinyl LP pressing of the album, photographs, a copy of the couple’s marriage certificate, both Lennon’s and Ono’s drawings, a picture of a slice of wedding cake, and more.

Now, you too can celebrate John and Yoko’s 50th Anniversary in style. Let’s raise a glass and toast the most famous married couple in Rock history! 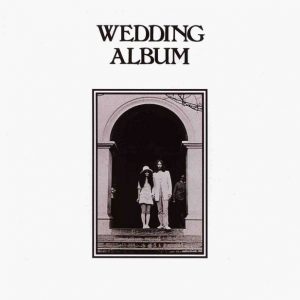